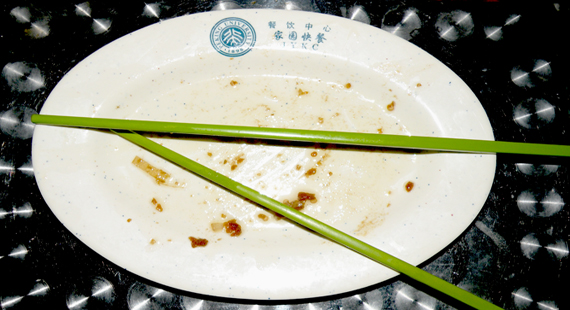 In a bid to curb the amount of food wastage in the country, Chinese President Xi Jinping has addressed the nation to put an end to the herculean amounts of food wastage.

Upon stressing on the “shocking” revelation of the sheer amount of food wasted within the country, Jinping put forth the ‘Clean Plate Campaign’ that highlights the need to maintain a sense of awareness towards a possible food security crisis in the near future.

This campaign came into being after a series of events that pinpointed the need for taking food wastage seriously. A recent mass flooding across South China that wreaked havoc on gargantuan parts the harvest and an expose on the live streamers who filmed themselves guzzling large amounts of food were the touchpoints that led to the president taking the issue up with the utmost urgency.

Immediately following the introduction of this campaign, the Wuhan Catering Industry Association urged restaurants in the city to limit the number of dishes served to diners, thus implementing an efficacious system where groups must order one dish less than the number of diners. Under this system, a table of 10 people can only order 9 dishes.

Facing quite a bit of flak online, this system, termed as “N-1” has been at the receiving end of tonnes of concerns regarding its rigidity and inaccuracy. Some citizens have also taken to pointing out that most diners refrain from wasting food, whereas the extravagant parties and buffets held by officials lead to a lot more wastage.

The popular trend ‘Mukabang’, where live streamers eat a barrage of dishes in just one sitting, garners a very high viewership online, across the world.

All of these things being said, this is not the first time China has launched an anti-wastage campaign. The country had promoted a similar effort in 2019, with “Operation Empty Plate” which was targetted towards officials extravagant feasts and receptions, rather than putting the onus on the public.

According to WWF China, around 17 to 18 million tons of food went to waste in China in 2015 and this amount has seen an epic rise ever since.