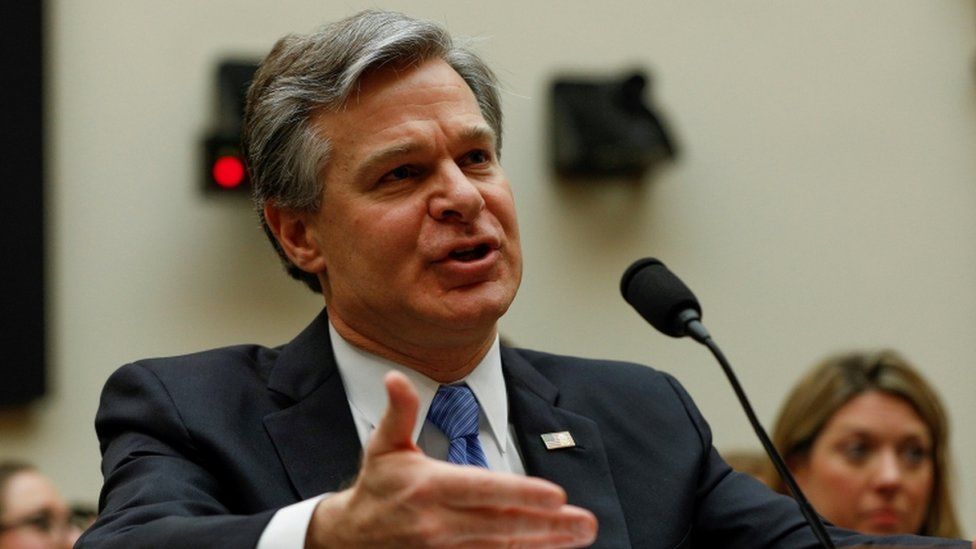 Addressing senators on Thursday, FBI Director Christopher Wray reported China has been unceasing in its attempts to steal US research on COVID 19 online. The top official stated that the bureau is seeing aggressive activity by Beijing to target the development of COVID vaccines, treatments, and testing in the U.S.

Deeming China as the nation’s “greatest counterintelligence threat”, Christopher Ray, on Thursday testified to the Senate Homeland Security and Governmental Affairs Committee during a hearing on threats to the U.S., saying, “We are seeing very aggressive activity by the Chinese, and in some cases by others, to target our COVID-related research, whether it’s vaccines, treatments, testing technology, etc.”

Claiming that Chinese hackers were repeatedly trying to get into the system seeking data, he voiced out the concerns of possible Chinese involvement in prolonging the USA’s coronavirus battle. In response to this, the Department of Justice had announced indictments against numerous foreign individuals and hacking groups, including some from Russia and Iran, who were allegedly involved in targeting and hacking hundreds of groups, including U.S. companies researching COVID-19 vaccines and treatments.

“Sometimes, without being too descriptive in an open setting, we can almost track a news report from some company or research institution that is announcing or revealing some progress … and then almost within days we will see cyber targeting that ties back to Chinese actors focusing on those institutions,” Wray said.

When asked about what kind of information was being particularly targeted, Wray claimed that the hackings were aimed at helping China get ahead of the U.S. in coronavirus research and drug development. “Rather than innovate themselves, they are trying to essentially jump to the front of the line by stealing information from others,” Wray testified.

The director, in his testimony, also stated that the hackers aren’t just trying to targeting American companies and research institutions but are also targeting personally identifiable information or PII of almost half the adult population of the United States.

Highlighting the extent to which these threats have been posed time and again, Wray stated that these obstructions present a broader and more comprehensive threat to the country’s democratic ideas, innovation, and economic security.