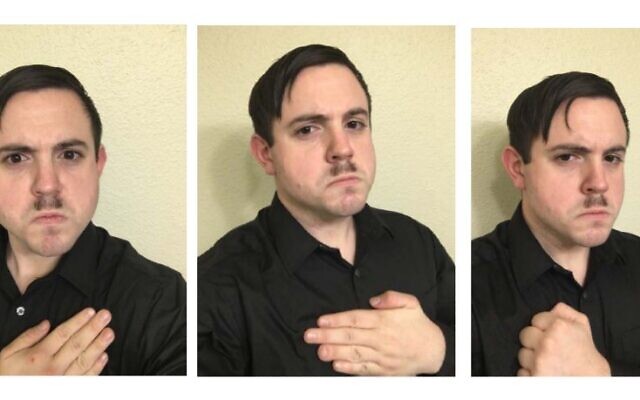 Citing Capitol Rioter As A Threat To The Hassidic Community in Lakewood, Prosecutors Ask For Nazi-sympathizer Not To Be Released

Timothy Hale-Cusanelli, an alleged neo-Nazi sympathizer whose images and posts on Social Media were filled to the brim with anti-semitic tropes, was arrested in connection with the January 6th Capitol riots earlier this year. Pleading to be released during the span of the pending trial, Prosecutors argued that Cusanelli must not, in any case, be released as he poses a significant threat to the Jewish community in his hometown at Lakewood, New Jersey.

A federal judge ordered Cusanelli to be detained last month, after which a recent development went on to show that the accused had asked for a temporary release until the trial went further. In response to this, federal prosecutors wrote in a court filing, “Defendant poses a more localized threat to the community, particularly the Hassidic community in Lakewood, New Jersey. Defendant has demonstrated specific animosity towards the Jewish population and expressed a desire to commit violence against Jewish people.”

The 30-year-old defendant was charged with obstructing congressional proceedings, civil disorder, and disorderly conduct in the Capitol, in addition to four other counts. He has pleaded not guilty and has denied being a Nazi sympathizer. This being said, Cusanelli’s social media accounts as well as his phone, which was acquired by the Department of Justice, were decked with some of the most disturbing posts and pictures, some of which feature him dressed as Adolf Hitler. On the other hand, media reports also stated that Hale-Cusanelli was known by his friends and co-workers as a white supremacist, Nazi sympathizer, and Holocaust denier.

One contractor colleague said Timothy Hale-Cusanelli discussed his dislike for Jews every day. A supervisor told investigators she had to admonish him for sporting a “Hitler“ mustache (images of which prosecutors extracted from Hale-Cusanelli’s phone) pic.twitter.com/v73fi6qtUY

He was also a member of the U.S. Army Reserve, and one Navy officer told the Naval Criminal Investigative Service that Hale-Cusanelli said: “Hitler should have finished the job.”Another quoted him as saying he “would kill all the Jews.”

As it stands, Lakewood, New Jersey is home to a large Jewish population, and these accounts do indeed go onto show that Cusanelli could be a valid threat to the local community. Meanwhile, Judge Trevor N. McFadden of the United States District Court for the District of Columbia has not yet ruled on Hale-Cusanelli’s request.