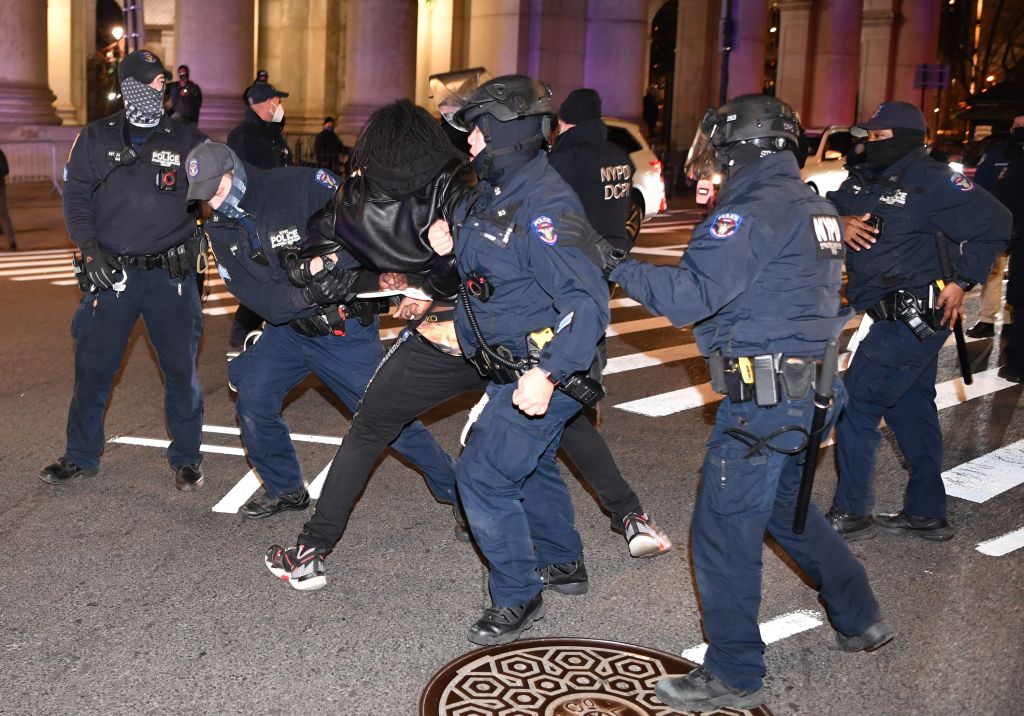 Clashes Break out Between NYPD and BLM Protestors, More Than 29 Arrested

The clashes started taking shape at around 8:30 p.m. and began escalating after hundreds of protesters that originally met outside the Barclays Center marched across the Brooklyn Bridge in a demonstration honoring Martin Luther King Jr., according to social media posts. Once they made their way into Manhattan, they were met with a heavy police presence and this is where the chaos broke out, as seen on clips of online footage.

Although the demonstration began peacefully in Brooklyn on Monday afternoon to mark the annual commemoration, several hundred people then crossed into Manhattan and things got out of hand by night, as protestors were told to clear the area but some refused.

According to sources cited by the New York Post, 10 officers were hurt in the midst of the clash, and a captain was struck in the helmet with a bottle. Police sources also said one protester, who was arrested, swung a stick at an officer. In one video posted to Twitter, police can be seen charging towards and pushing several protesters, and wrestling another person to the ground on the street. In the same video, officers can be heard ordering the protesters to back up onto the sidewalk. Retaliating to these orders, as heard on the video, people in the crowd shouted “F–k you. You f—ing animals.”

The unrest came four days after New York’s attorney general sued the New York Police Department for its handling of the George Floyd protests in the spring. Letitia James, the attorney general, called the rough treatment of protesters against racial injustice part of a longstanding pattern of abuse that stemmed from inadequate training, supervision, and discipline.

James’ lawsuit includes dozens of examples of alleged misconduct during the spring demonstrations in the wake of Floyd’s police killing, including the use of pepper spray and batons on protesters, trapping demonstrators with a technique called kettling, and arresting medics and legal observers.

The area was all quiet by around 10 pm, according to social media.