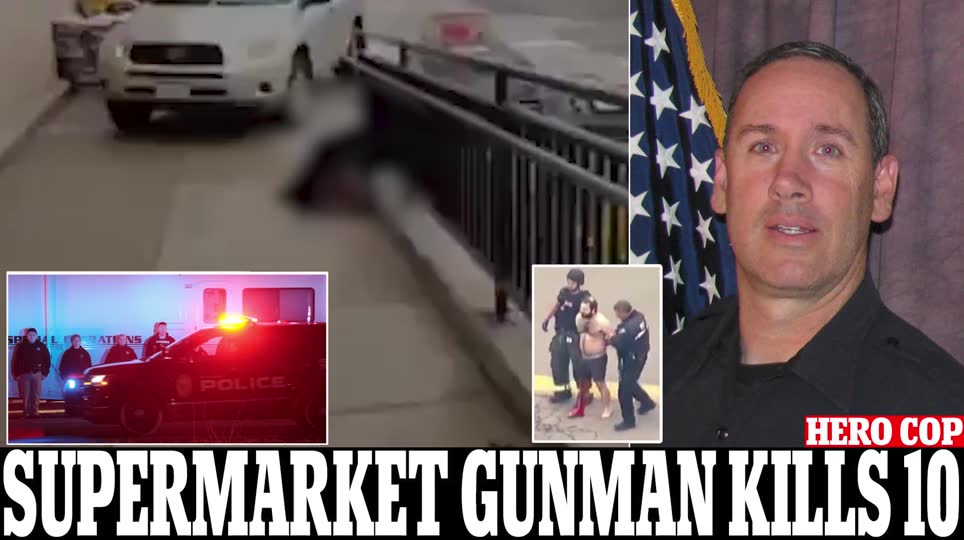 In a set of official statements last night, Boulder police Chief Maris Herold addressed the media in a conference, confirming the death of 10 people in the mass shooting in Colorado, and stating that the suspect was now in custody. Authorities also confirmed the death of the heroic police officer- Eric Talley-  who was the first to respond to the scene.

Searching for details, eye-witness accounts, and evidence on the motive for the shooting at the King Soopers store in Boulder, which is about 25 miles northwest of Denver and home to the University of Colorado, Boulder County District Attorney Michael Dougherty said, “This is a tragedy and a nightmare for Boulder County. These were people going about their day, doing their shopping. I promise the victims and the people of the state of Colorado that we will secure justice.”

Remembering the slain officer who was identified as Eric Talley, 51, and had been with Boulder police since 2010, Herold who fought tears, said, “He was by all accounts one of the outstanding officers of the Boulder Police Department, and his life was cut too short.”

“Rest In peace Officer Eric Talley. Your service will never be forgotten,” the Boulder Police Department tweeted Monday. Meanwhile, the identities of the other nine victims were not disclosed Monday night as police were still notifying their family members.

Matthew Kirsch, the acting U.S. attorney for Colorado, pledged that “the full weight of federal law enforcement” will support the investigation. He said investigators from the Bureau of Alcohol, Tobacco, Firearms, and Explosives were at the crime scene, along with FBI agents.

Officers had escorted a shirtless man with blood running down his leg out of the store in handcuffs but authorities would not say if he was the suspect. They did say the suspect was receiving medical care.

Addressing the incident, Colorado Sen. John Hickenlooper released a statement late Monday. “Our state grieves tonight as we mourn ten more Coloradans senselessly killed by gun violence – including police officer Eric Talley. Our thoughts are with the victims’ loved ones, and we are grateful to the frontline workers and first responders whose bravery saved lives,” he wrote. “More needs to be done to prevent dangerous weapons from falling into the wrong hands. Enough is enough.”

The attack was the seventh mass killing this year in the U.S., following the March 16 shooting that left eight people dead at three Atlanta-area spa businesses, according to a database compiled by The Associated Press, USA Today, and Northeastern University.