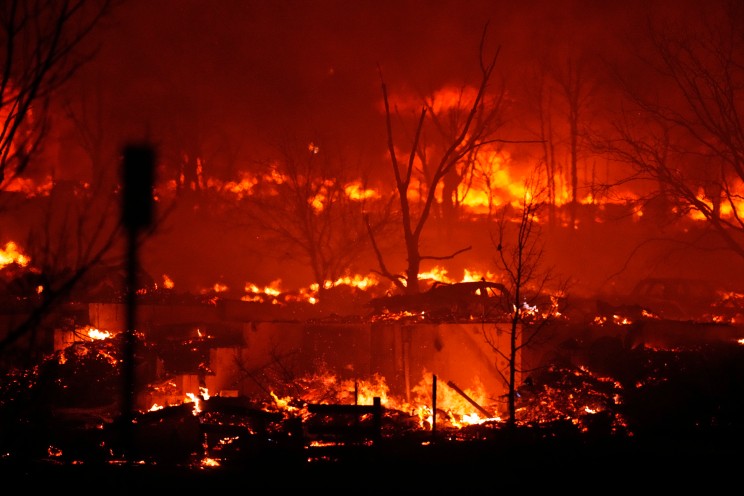 Wind-fueled wildfires outside Denver cause the evacuation of tens of thousands of people around 11 a.m. on Thursday.

The local officials said the deadly wildfires also burned 580 homes a hotel and a shopping center in the area.

Boulder County Sheriff Joe Pelle revealed one first responder and six others were also injured in the fire.

Pelle added the blaze spans 2.5 square miles (6.5 square kilometers) and has engulfed parts of the area in smoky, orangish skies and sent residents scrambling to get to safety.

“This is the kind of fire we can’t fight head on,” Pelle said.

“We actually had deputy sheriffs and firefighters in areas that had to pull out because they just got overrun,” Pelle added.

Sources said evacuations have been ordered for the city of Louisville, home to about 21,000 people, and Superior, which has another 13,000 residents.

It was learned that the neighboring towns are roughly 20 miles (32 kilometers) northwest of Denver in an area filled with middle and upper-middle-class subdivisions surrounded by shopping centers, parks, and schools. The area is in between Denver and Boulder, a foothills college town home to the University of Colorado.

Moreover, spokesperson Kelli Christensen said six people who were injured in the fires were being treated at UCHealth Broomfield Hospital.