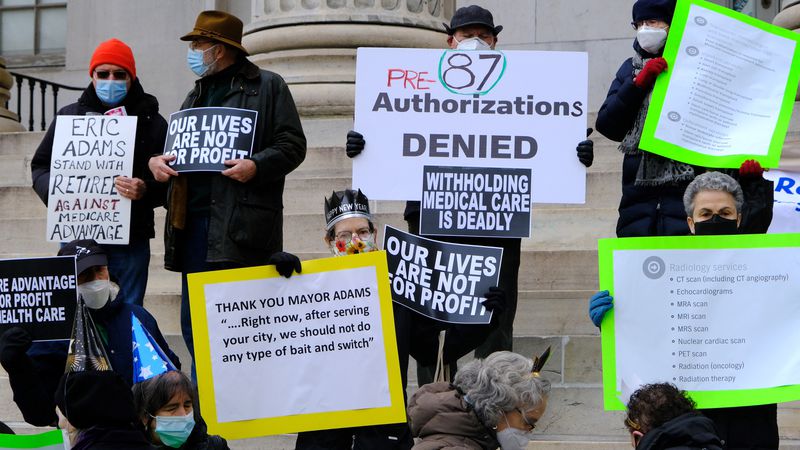 Sources said the statement of Lander made him the highest-ranking city official to oppose the controversial health insurance shakeup.

“In light of the court decision … we ask that the Office of Labor Relations strongly consider withdrawing its contract,” read the letter, which was signed by deputy comptroller Charlette Hamamgian.

Based on the court ruling, the Adams administration cannot slap a $191 monthly penalty on retired workers who want to stay on their current Medicare coverage instead of being automatically enrolled in the Advantage plan.

Manhattan Supreme Court Justice Lyle Frank explained that the penalty — which would apply to both plan holders and dependents — violates longstanding local administrative law, which holds that the city must offer its retirees premium-free health care for life.

Sources said the decision of Frank is a major blow to the Medicare Advantage effort.

According to reports, the city started attempting to switch its retirees onto it last year because it would generate hundreds of millions of dollars in savings per year thanks to a larger influx of federal funds funding.

It was learned that without the penalty, the savings would likely not be realized, as there would be no disincentive for retirees to remain on their current coverage.

Moreover, it was learned that the Adams administration has not given up and filed court papers late Friday affirming its plans to appeal Frank’s ruling.