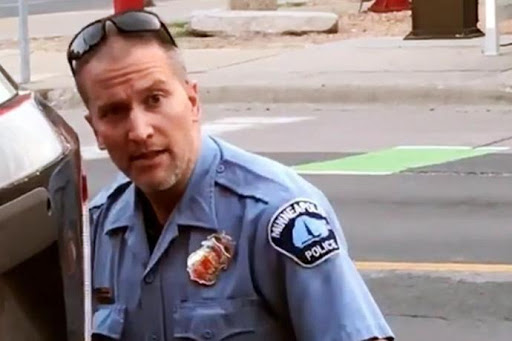 Cop Who Asphyxiated George Floyd With His Knee, Out on Bail

Former Minneapolis police officer Derek Chauvin, who was charged with the brutal police killing of George Floyd in May, has now been released on a $1 million bail. Moving further away from Justice, the 44-year-old ex-cop was granted bail on Wednesday.

A killing that deeply disturbed and angered Americans and global citizens to hold widespread protests in order to voice out the racial injustice in the country, lawyers representing Floyd have said the proceedings have moved further away from rightful justice, as another cop seems to have been given a relatively clean chit to scott free after committing a heinous crime. Derek Chauvin, who faces murder and manslaughter charges in Floyd’s May 25 death, walked out of the Oak Parks Heights prison after posting a hefty bond worth $1 Million. Chauvin has been released on bail on the conditions that he agrees to surrender his firearms, remain in the state, not work in law enforcement, and not try to contact Floyd’s family.

In May, the former policeman was seen on video kneeling on Floyd’s neck for almost nine minutes as the victim screamed ‘I can’t breathe’, and eventually lost his life. An incident that happened at East 38th Street and Chicago Avenue, Floyd’s life was taken in the Minnesota city after he allegedly tried to use a counterfeit $20 bill. Chauvin, who had been behind bars for more than four months, had been the last of the four fired Minneapolis cops charged in the high-profile case to remain in jail pending trial.

In a report by Reuters, Floyd’s family lawyers said the bail order indicated that justice was still far away. “Derek Chauvin’s release on bond is a painful reminder to George Floyd’s family that we are still far from achieving justice for George,” they quoted.

Chauvin and the three other officers — J. Alexander Kueng, Thomas Lane, and Tou Thao — were all fired and charged after the incident. Kueng, Lane, and Thao are charged with aiding and abetting second-degree murder and aiding and abetting second-degree manslaughter. All three were released on bail earlier pending trial. Protesters are still demanding stricter punishments to hold law enforcement officers answerable for police killings.