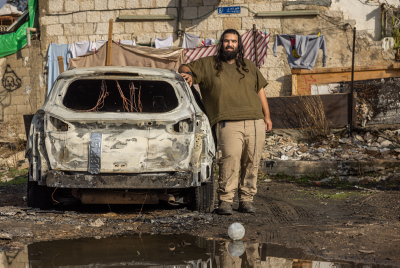 The local police in Jerusalem arrested three alleged Arab arsonists for burning a car in the Shimon Hatzaddik (Sheikh Jarrah) neighborhood that was owned by an Israeli.

The police took the three suspects for questioning after hearing reports of a suspected arson attack in the Sheikh Jarrah area.

In the initial police investigation, the detained suspects are residents of eastern Jerusalem.

The torched car was owned by Tal Yoshvayev who revealed that this was the eighth time his car has been torched by Arab arsonists in recent months.

Sources said the Shimon Hatzaddik neighborhood has been the scene of multiple Arab attacks against the Jewish residents, whom they want to leave the area.