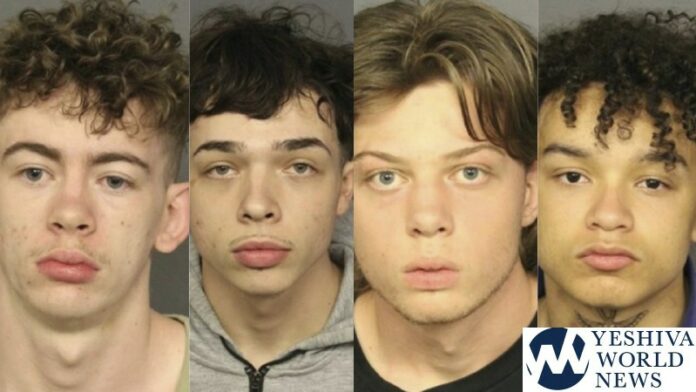 The police have released the mugshots of the four detained suspects who allegedly shot dead a 19-year-old yeshiva student inside Denver Yeshiva early morning of August 18.

The Denver police released the mugshots of suspects Isaiah Freeman and Aden Sides, both 18, Noah Loepp-Hall, 19, and Seth Larhode, 21 who were arrested on the evening of August 18.

Fussell escaped the dragnet that leads to the arrest of his four companions.

A reward of $27,000 has been offered to anyone who can pinpoint the whereabouts of Fussell.

Anyone with information regarding these crimes needs to contact Crime Stoppers at 720-913-STOP (7867) and reference case number 2021-472686. You can text CRIMES (274637) title DMCS and enter your message or send an e-mail to metro-denvercrimestoppers.com. If the information you provide leads to the arrest and charging of a wanted individual, you can receive a cash reward of up to $27,000.

Based on the eyewitness accounts, five suspects chased and shot Silverberg inside the Yeshiva compound.