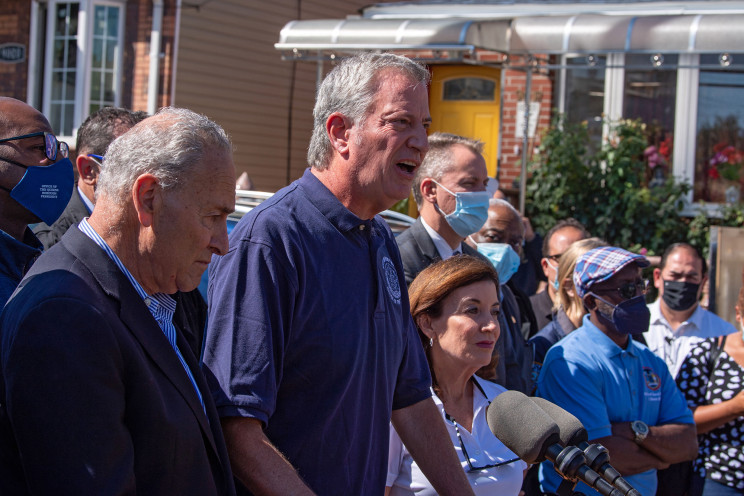 The City Council of New York will conduct an oversight hearing on Sept. 14 to investigate why Mayor Bill de Blasio and the MTA were caught flat-footed in the catastrophic flooding from the remnants of Hurricane Ida that killed 13 New Yorkers.

“What happened on Wednesday raises several urgent questions, including why we weren’t better prepared for an anticipated storm,” Johnson said.

“We know climate change is an unavoidable factor at this point, so at the very least, we need an infallible plan to warn and protect New Yorkers for the storms to come,” Johnson added.

Aside from Johnson, three of his colleagues — Councilman Justin Brannan (D-Brooklyn) who chairs the waterfronts and resiliency committee, Ydanis Rodrigues (D-Manhattan) who runs the transportation committee, and James Gennaro (D-Queens) of the environmental protection committee, also questioned the unpreparedness of the city to deal with such kind of storm.

In media interviews, De Blasio has blamed forecasters, claiming he had “almost no warning” of the coming deluge.

However, data has shown that the NWS Weather Prediction Center already release a dire warning regarding “significant and locally life-threatening flash flooding…expected going into the evening hours” at 3 p.m. on Wednesday.

MTA chairman Janno Lieber defended that there was no way to have anticipated the storm’s devastating impact, calling it a “historic event.”