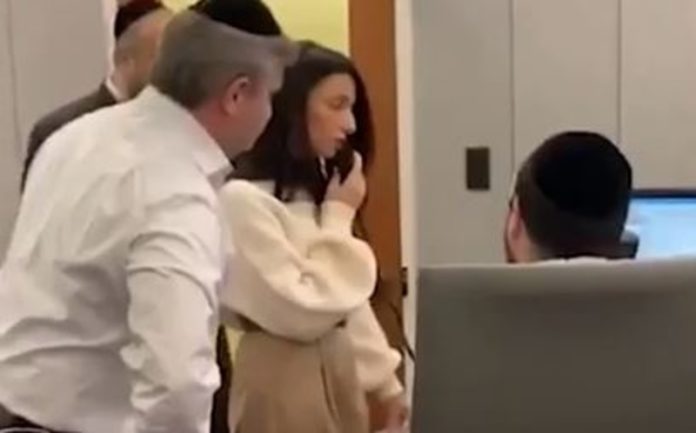 A quick visit by City Russian Councilwoman Inna Vernikov to central Hatzalah headquarters in Borough Park became extra special as the former played a crucial role in saving the life of an 87-year-old patient.

According to reports, Vernikov was talking to Hatzalah leaders and was touring the facility’s dispatching operations when an emergency call came in from someone who spoke only Russian.

Sources said as the only Russian speaker on-site at the time, Vernikov took the call and was able to describe the situation to dispatchers.

Vernikov told them that an 87-year-old patient was losing consciousness, and provided them with the address where the emergency was taking place.

With her translation effort, the patient was able to get quick and much-needed medical help.

In a statement, Chevra Hatzalah praised Vernikov for her assistance.

“We are tremendously grateful for Councilwoman Vernikov’s support of Chevra Hatzalah, and glad she was able to step in and provide assistance during a critical emergency. We look forward to working together to help better serve our community,” Hatzalah said.