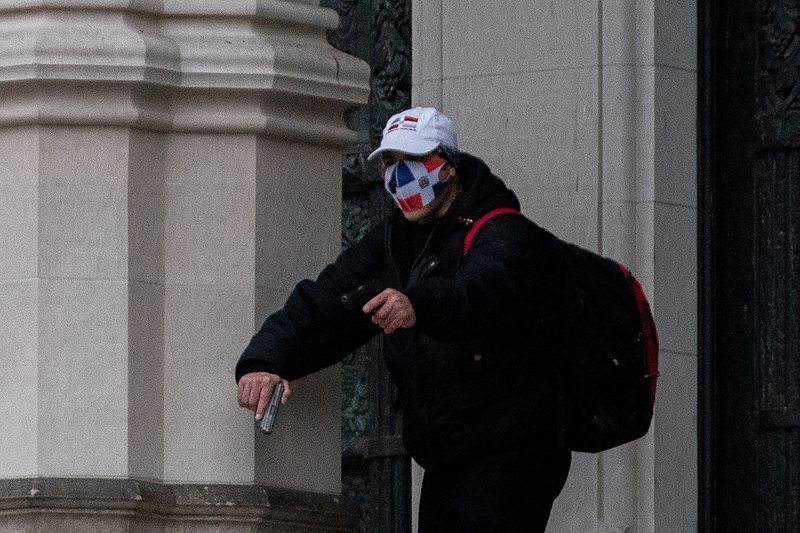 In a bizarre set of incidents on Sunday, a crazed, Bible-toting gunman opened fire on the front steps of St. John the Divine Cathedral with a gun in each hand, before being fatally shot in the head by cops. Luckily, no other casualties have been reported, and videos of the man being shot have been released.

The unidentified 52-year-old suspect fired into the air from the top step of the famous church at West 112st Street and Amsterdam Avenue and started shouting, “Kill me! Kill me!” whilst shooting at the metal entrance door of the Church. Terrified, several nearby citizens scrambled to find cover, while security guards quickly ushered some event attendees into the church, closing its large doors behind them.

At the time, a concert featuring holiday carolers on the steps of the church had just finished when the shooter, dressed in a black jacket and pants while wearing a red-strapped backpack, white baseball hat and red, white and blue COVID-19 face mask showed up. One of the witnesses immediately called 911 as people rushed away from the front of the Church.

Police Commissioner Dermot Shea said at a press briefing at the scene that the gunman had a “lengthy criminal history’’ and was heavily armed, with “a full can of gasoline, rope, wire, multiple knives, a Bible and tape’’ in his backpack, in addition to the two guns he had. The gunman had a silver handgun in his right hand and a black one in the other. Both handguns were recovered at the scene, police said. “People were invited into the church, and that’s when he sort of appeared,’’ Shea said.

Shooting in the air, as well as on the police officers that responded to the dozen or more calls, the suspect was urged by the police to put his weapons down but he kept asking the officers to shoot and kill him. Following his non-compliance, an NYPD sergeant and detective from the 26th Precinct, along with a police sergeant working security for the church, were the ones who opened fire on the man, law-enforcement sources said.

Commending the valor of the officers, Shea said during the briefing, “You’ve seen three officers acting heroic: A sergeant, detective and police officer and engaging an armed perpetrator, putting themselves in harm’s way to pull people that have literally hidden behind these poles behind me caught in the crossfire. So it is by the grace of God today that we don’t have anyone struck.”

The suspect was taken to Mount Sinai Morningside Hospital and pronounced dead.