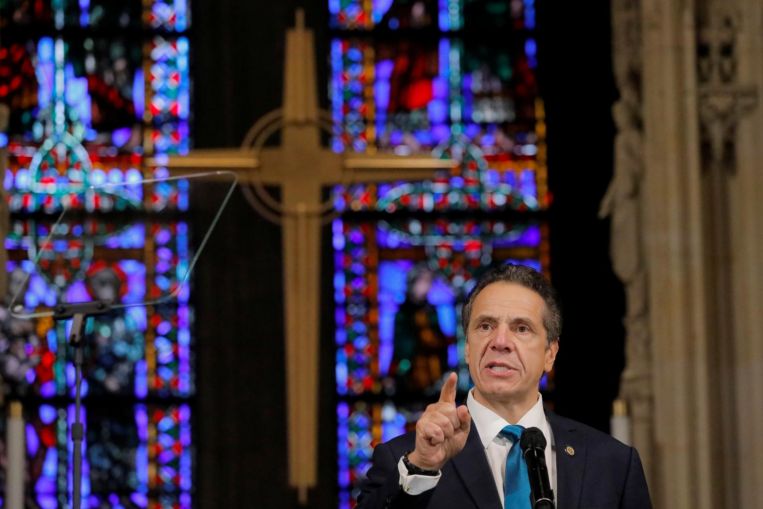 In reaction to the midnight ruling of the Supreme Court on Thursday, in which all religious places of worship in New York were given the green flag to host devotees, Cuomo said that he found the ruling to be “irrelevant”.

Talking in a Thanksgiving Day conference call with reporters, New York Governor Andrew Cuomo insisted the order by the Supreme Court which was based on a lawsuit filed by the Agudath Israel, a Jewish Orthodox group, was moot because the houses of worship in question in the court battle are no longer in designated red and orange zones in Brooklyn in Queens so the restrictions no longer apply to them.

Owing to a largely conservative majority, presided by Justice Amy Coney Barrett, the Supreme Court ruling came down at midnight Thursday, in favor of a suit brought by Agudath Israel against NY Governor Cuomo’s draconian rules against Shuls and other houses of worship. The ruling was 5-4. Chief Justice Roberts joined the three liberal justices in dissent.

“The Supreme Court made a ruling. It’s more illustrative of the Supreme Court than anything else. It’s irrelevant of any practical impact because the zone they were talking about is moot. It expired last week,” the governor said, adding, “It doesn’t have any practical effect.” The governor continued saying doggedly, “The lawsuit was about the Brooklyn zone. The Brooklyn zone no longer exists as a red zone. That’s mooted. So that restriction is no longer in effect. That situation just doesn’t exist because those restrictions are gone.”

The Orthodox Jewish body Agudath Israel of America took its case to the U.S. Supreme Court, filing for an injunction to block New York’s “Cluster Initiative” against shuls and other houses of worship, citing that the New York administration was selectively targeting the Jewish community. The lawsuit was filed in collaboration with the Agudath Israel of Kew Garden Hills and its shul Secretary, Mr. Steven Saphirstein, and the Agudath Israel of Madison and its Rav, Rabbi Yisroel Reisman, Shlita.

In the court hearing, the Justice’s decried, “Members of this Court are not public health experts, and we should respect the judgment of those with special expertise and responsibility in this area. But even in a pandemic, the Constitution cannot be put away and forgotten. The restrictions at issue here, by effectively barring many from attending religious services, strike at the very heart of the First Amendment’s guarantee of religious liberty.

“There can be no question that the challenged restrictions if enforced, will cause irreparable harm…. If only 10 people are admitted to each service, the great majority of those who wish to attend Mass on Sunday or services in a synagogue on Shabbat will be barred.”