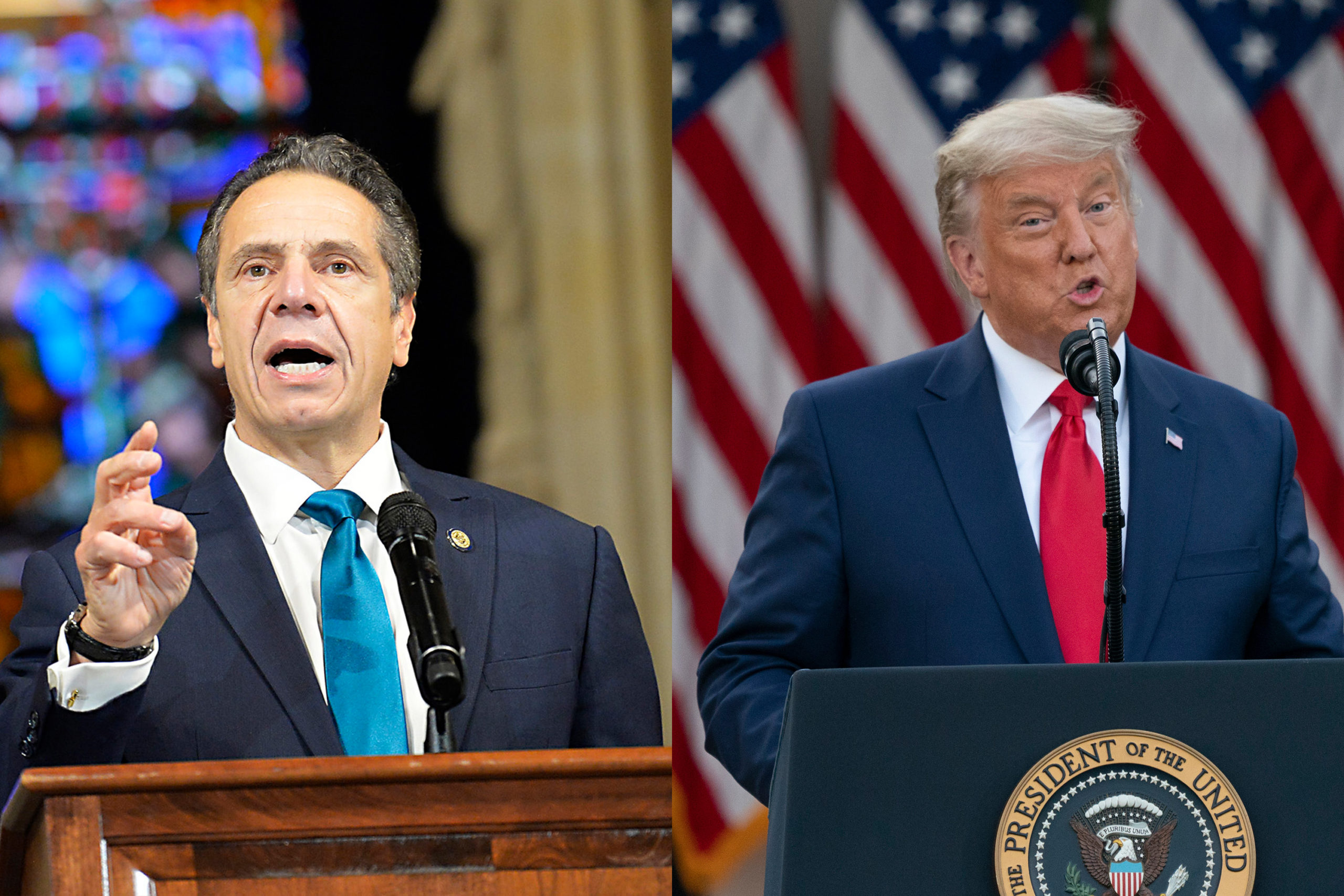 Cuomo Denies Any Federal Funding Despite $7.5 million Made Available for State Vaccine Distribution

The Trump administration was taken aback on Wednesday, as Governor Andrew Cuomo displayed the sheer audacity to say that the federal government had not given New York any funding for the Vaccine Distribution program, when, in fact, officials claim that a whopping $7.5 Million has already been allotted to the state.

At a press conference in Albany on Wednesday, Cuomo said he anticipates New York receiving about 170,000 doses of Pfizer’s vaccine beginning Dec. 15, adding that “The federal government is not providing any funding to speak of for the states to do the vaccinations. Who’s supposed to pay for this? How am I supposed to do the distribution? We have a deficit from COVID,” Cuomo asked.

As reported by the New York Post, upon hearing this comment, two sources told the outlet that Cuomo actually has more than $7.5 million available for state vaccine distribution preparations, but hasn’t touched a cent. New York City has nearly $6.6 million in a separate vaccine preparedness allotment and also has drawn $0 as of Monday, the sources said.

Cuomo added: “You have local governments who are starving and may lay off essential workers, those are the essential workers you need to do the vaccine program. This vaccine administration could cost the state $1 billion. The federal government has not provided funding to states anywhere near the amount.”

But, according to the funding guidelines in place, Cuomo’s shameless statement stands void. In reality, federal plans call for state and local governments to take the lead in vaccine distribution, though vaccine doses and medical kits including syringes are paid for by the federal government. The funding is held by the Centers for Disease Control and Prevention and is available to withdraw via mechanisms used for other federal health funding to states, such as annual flu vaccines, an official said.

“It is there for them to take. This is a process that states use every year to draw down funds for immunizations and vaccines,” he said. “It’s available now and other states and territories are drawing from it.” a federal source told The Post.

Upon being asked by the news outlet, New York officials said they intend to take the funds, but simply have not yet done so. New York City is responsible for drawing down its own federal funds, state officials said. City officials didn’t immediately provide comment.

Meanwhile, Bill Neidhardt, a spokesman for Mayor Bill de Blasio, said the Big Apple “will absolutely utilize these funds to support COVID vaccine distribution and intends to use the funding in full,” but added the total cost will far outstrip the current federal commitment.

There is also a chance wherein the vaccine could be made available for free to the public at national pharmacy chains. White House spokesman Michael Bars said, “the administration continues to reject all politically motivated attacks that obstruct the federal planning process and meaningful collaboration ensuring the unprecedented delivery of a safe and effective vaccine to every zip code in America within 24 hours of an FDA approval.”