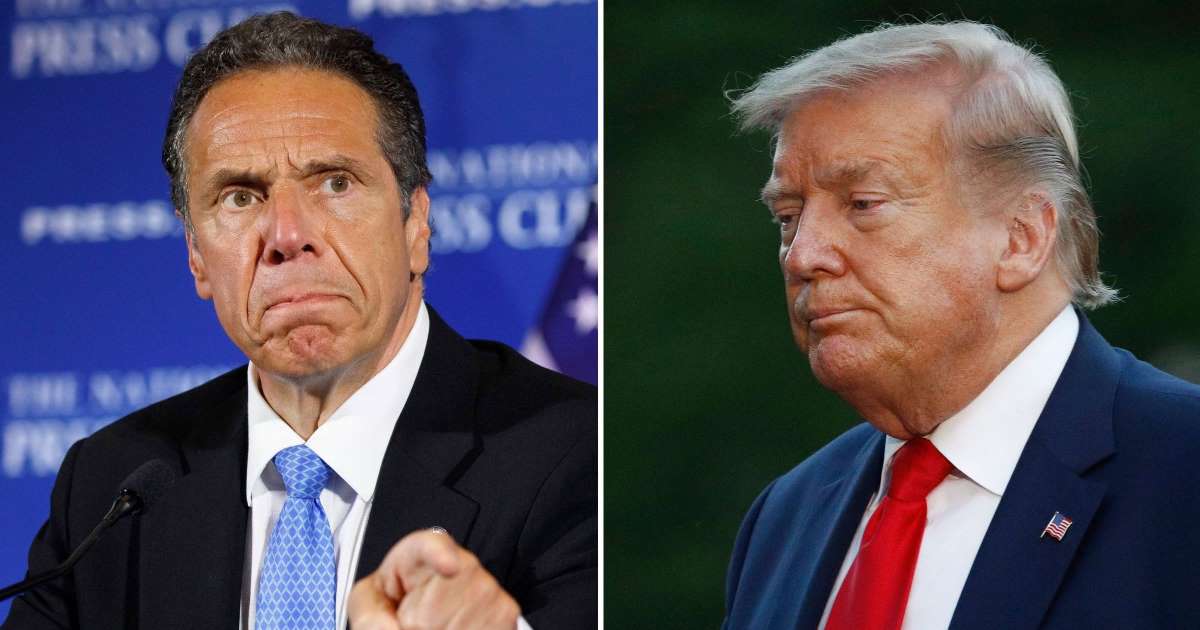 Hours after demanding a report detailing all Federal funds provided to Seattle, Portland, New York City, Washington, D.C. in an attempt to cut federal fundings to the so-called ‘Anarchist States’, President Trump was shunned by NYC Governor Cuomo for being “maniacal”.

Enraged by the President’s recent Memo, Gov. Cuomo painted President Trump as a “maniacal” “tabloid cartoon” who better watch his back if returns to the Big Apple after the commander-in-chief threatened to cut off federal funds to his hometown over rising crime.

On Wednesday evening, Cuomo engaged in a lengthy and striking denunciation of the President move, alleging him of having a grudge against the city because New York “knows him for the joke he is.” In his talk with the media yesterday, Cuomo said, “We’re talking about the worst president for New York City in history. Those who know him best, like him least. That’s true of New York City, that’s true of his own family.”

Infuriated by the accusations, Cuomo further added, “He thinks he’s a king. He’s not. There’s a Constitution and law, not that he knows anything about that. He’s not going to do anything because there are laws. I don’t believe anything will come of this it’s just a political statement, it’s cheap, it’s political and it’s gratuitous.”

The memo that was floated by Trump earlier yesterday, detailed, “My Administration will not allow Federal tax dollars to fund cities that allow themselves to deteriorate into lawless zones. It is imperative that the Federal Government review the use of Federal funds by jurisdictions that permit anarchy, violence, and destruction in America’s cities.”

Ironically, the memo specifically mentions the recent rise in shootings throughout the U.S. and calls out other cities that have experienced prolonged protests against police brutality and racism.

Following orders, the Department of Justice is tasked with developing a list of “anarchist jurisdictions” in two weeks and federal agencies are expected to review funds provided to those cities and restrict their eligibility for federal funds “where permissible,” the memo reads.