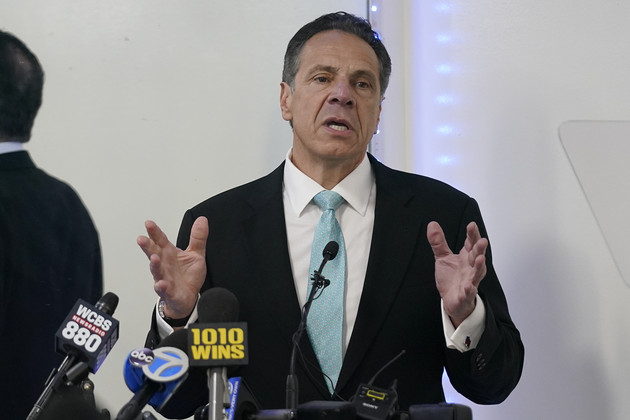 Cuomo Open To Running Again Despite Disgraceful Stint As Governor

In a campaign-style address to a group of friendly audiences, ex-Governor of New York Andrew Cuomo put forth the possibility that he may run for Governor once again in a bid to get his old job back.

During a Thursday speech to about 100 people in the Bronx, Cuomo tried gaining sympathy for his dishonorable removal that he blamed on “cancel culture” rather than himself and the sexual harassment allegations against him. The Democrat behaved like a candidate, posing for pictures with attendees and a baby, quite possibly hinting at a political comeback just months after his resignation following the storm he had cooked up.

When asked after the speech if he would run for office, Cuomo told reporters he is “open to all options.” He also commented on a recent poll that showed him competitive in a hypothetical New York primary, saying that he found the results “gratifying, but I’ve never lived by the polls.”

During his speech, he also went on to take a jab at the current governance, led by incumbent Governor Kathy Hochul. He didn’t mention Hochul by name but painted her as soft on crime as he demanded bail reform, even though he’s the one who signed the current law. “Pull your head out of the sand and fix it now,” he said.

He also blamed cancel culture for the firing of his brother, former CNN host Chris Cuomo, and called out by name the top corporate leaders of the network’s ownership group.

Furthermore, the former governor did not directly address the specific allegations on Thursday or make any apologies. He in turn, accused “extremists” in the Democratic Party of orchestrating his downfall because they felt he was standing in their way.

In the end, Cuomo made it clear that, whether he runs or not, he has no intention of quitting the public stage.“I am not going anywhere. I am going to continue to fight the good fight,” he said.