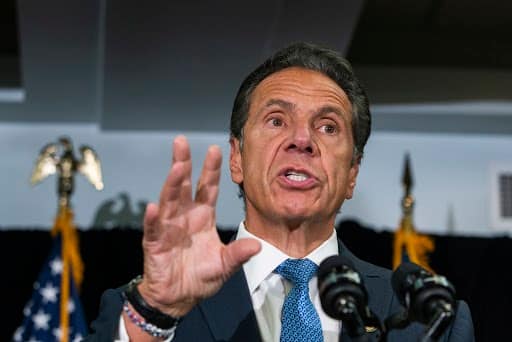 Cuomo Skips Work, Focuses on Saving His Skin Instead

Devising strategies to save his political career from being tarnished, sources revealed that an embattled Governor Andrew Cuomo was holed up in his Mansion on Wednesday, as the truth of his sexual harassment charges came to the forefront.

Skipping his important duties as the Governor of New York on Wednesday, Cuomo chose to focus on how he would potentially save his political career while being holed up at the Governor’s mansion with his close aides.

It all went downhill for the Democrat Governor when findings by independent investigators revealed that he sexually harassed 11 women in the workplace. Cuomo has not been seen in public or made a statement since Attorney General Letitia James released the 165-page bombshell report Tuesday morning.

As reported by the NY Post, a source close to the matter said, “Mr. Cuomo spent Wednesday at the Executive Mansion in Albany talking with his closest advisers preparing for a public event that would further respond to the charges. The event never happened because the governor’s team couldn’t settle on an exact message or format.”

Along with calls for Cuomo’s resignation, an impeachment inquiry in the Democratic-led state Assembly is also gaining support among state legislators, the majority of whom have decided to oust Cuomo if he doesn’t step down by himself.