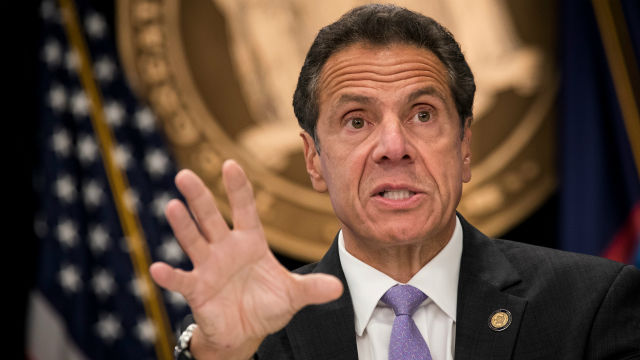 Cuomo Takes A Dig At The Jewish Community With Inauguration Remark, Yet Again

In what is starting to look like a personal vendetta against the Orthodox Jewish communities residing in New York, Governor Andrew Cuomo, once again took a jab at the community, by pinpointedly mentioning a reference during his inauguration statement after President Joe Biden was sworn-in.

“Hospitalization rate is what they call a lagging indicator,” said the governor. “What does that mean? That means you get infected. You go to a Hanukkah party and you get infected,” said Cuomo in his briefing after the inauguration, with the intention of painting COVID as a problem stemming from the Jewish community.

When it came time to point the finger of blame for rising COVID rates that are visible statewide and not just in Jewish-occupied zones, Governor Cuomo skipped over Thanksgiving dinners, Christmas gatherings, and New Year’s Eve parties, choosing the holiday of Chanukah to be the prime example to blame for spiking infection rates.

Since the onset of the pandemic, Cuomo has time and again criticized the Jewish community in New York, in an attempt to shove the blame on the minority. For example, in mid-November, Cuomo appealed to New Yorkers to scale back their Thanksgiving gatherings, politely asking them to limit attendance to ten people.

In a stark contrast, the honcho n October cracked down on Jewish communities in his newly designated colored zones, warning that any gatherings of more than 10 people in a red zone would be subject to $15,000 fines, specifically describing an emerging area of COVID cases in Brooklyn as a “predominantly an ultra-Orthodox cluster”.

What’s worst is that following this, Cuomo went ahead to openly admit that he was closing nearby Catholic schools because of their proximity to the Orthodox Jewish community. One week later, Cuomo made his views clear again saying, “we’re now having issues in the Orthodox Jewish community in New York, where because of their religious practices, etc., we’re seeing a spread.”

Apart from just targeting the community under the pretext of the pandemic, when asked to share his thoughts about a potential Presidential pardon for Sheldon Silver, Cuomo recently said in an interview with WAMC, “I don’t believe there’s always logic,” observed Cuomo. “I don’t know that it’s premeditated. It could just be a favor for some contact, a favor for someone in the Jewish community.”

This systematic targeting of the Jewish community has been criticized by several residents in the widely populated pockets of New York, which is home to approximately 13 percent of the city’s population.