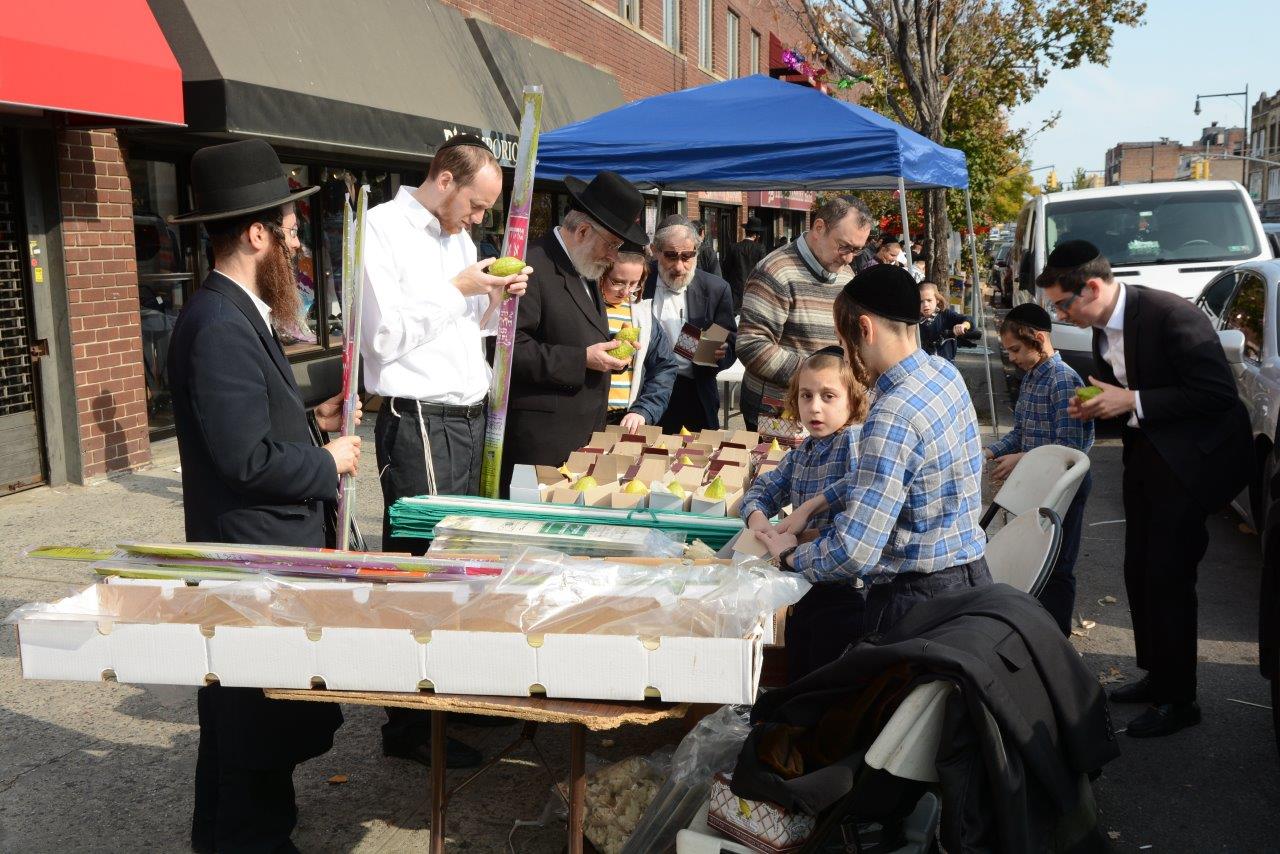 Dalet Minim Vendors Take Spots On 13th Ave Too Soon, Asked By Community Board 12 To Vacate Premises By Wednesday

Vendors from the world’s most prominent Dalet Minim markets, here at Boro Park, jumped the gun and set up display tables well in advance of the Rosh Hashanah holiday. Causing a bit of a ruckus that gave way to complaints from several store owners and residents who claimed that the situation was already going out of hand, way too early.

Speaking to Beri Spitzer, District Manager of Community Board 12, YidInfo correspondents understood that although the “Shuk” is amazing, and a beautiful thing for the community, it is “out of control”, and needs to be addressed.

As it stands, Boro Park’s Community Board 12 had begun receiving complaints from numerous residents and businesses claiming that 2 months was too soon to get display tables up and that it wasn’t fair towards their own stores.

Spitzer continued to say, “When I became district manager of Community Board 12, it took a few years, but a system was implemented that every single Esrog Socher has a permit to set up their trailer on the streets, with permission from the store they are in front of. Everything is systematic, everyone has their own places which cannot be taken away by somebody else, and it gets removed once the permit expires.” Speaking about the current scenario with the street vendors, Spitzer says, “this is already out of control. Store owners have repeatedly said that they don’t want these tables and tents in front of their stores since some of them sell the same things, and some of them complain about the garbage and the obstruction this causes for their customers who are not able to enter their stores to shop.”

Community Board 12 urged all vendors to remove their tables until the 12th of September. Community Board 12 is giving the vendors till Wednesday, the 18th of August, to completely vacate the premises at which time the Department of Sanitation will be called in to remove all items from the street.

Spitzer also stated that the 12th of September gave vendors a week before Sukkos, which is enough time to set up shop. Pained by the fact that such a nice event has been turned into complete chaos, Spitzer added, “we don’t want to stop it, but if there’s no co-operation, then we will have to stop it.”

Community Notification: Whoever put out tables on 13th Avenue for the upcoming Sukkos Holiday, please remove them. Any table left on 13th Ave. will be removed on Wednesday by the @NYCSanitation Department. If you know somebody who put them out please notify them of this message.

Community Board urges any store owner that has a concern or complaint about a street vendor to reach out to them at 718-851-0800.