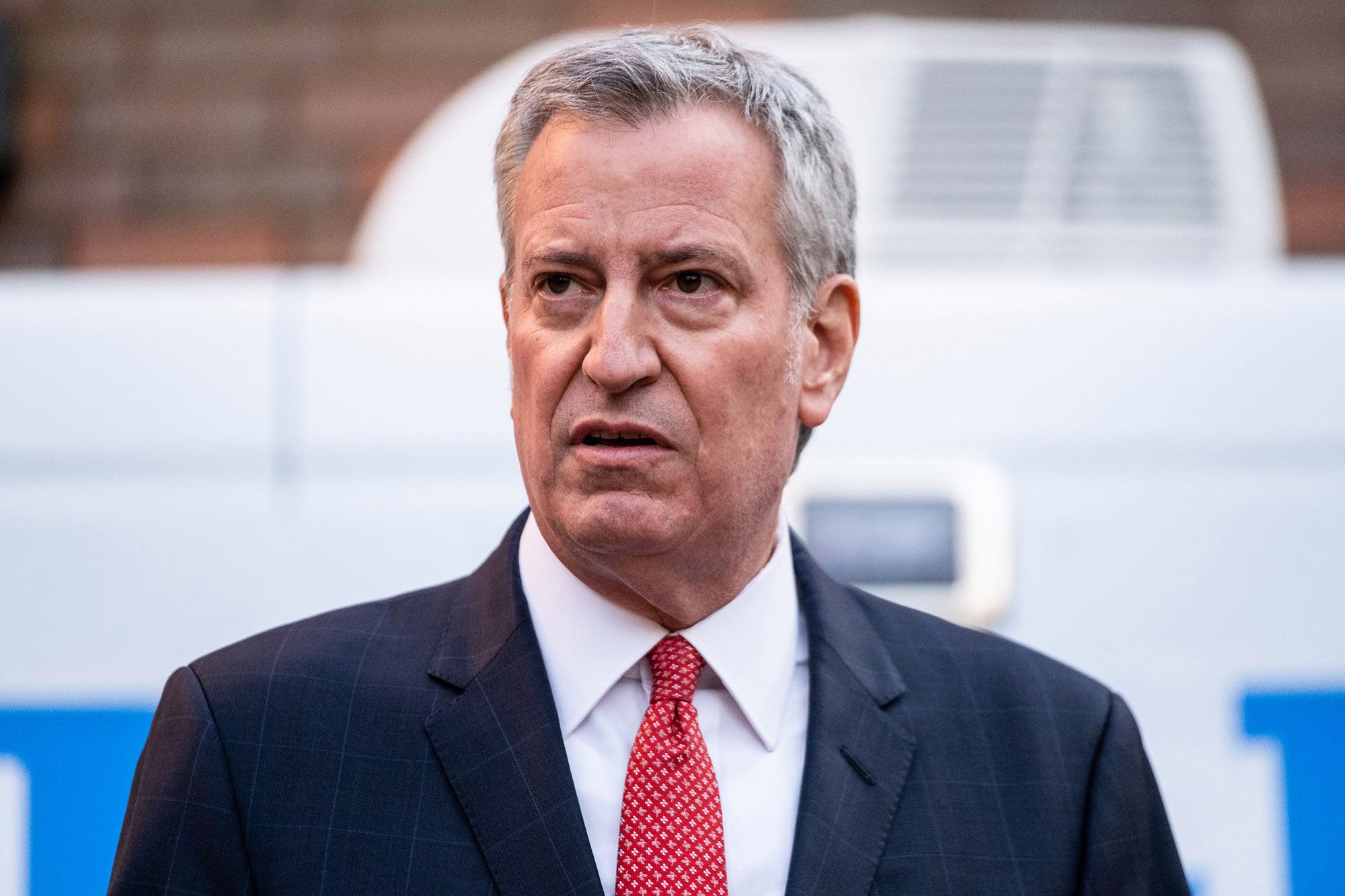 De Blasio Admits His Failure, Says He Doesn’t Have A Plan on Reopening Schools

Admitting that he went into the school shutdown in New York without an idea of how schools will be reopened, Big Apple Mayor Bill de Blasio said on Wednesday that he had no reopening plan in place, whilst taking sole responsibility for the blunder.

A city-wide public school shutdown that was initiated last week to control the rising infection rates, has no exit strategy as of now, leaving thousands of students and parents stranded on the educational front. When asked by a reporter why a school reopening plan was not created before he ordered school buildings to be shuttered indefinitely for in-person learning last week, de Blasio had an unconvincing answer.

“Honestly, I have to hold myself responsible. The better situation would have been, clearly, to have that plan all worked through in advance,” de Blasio confessed while offering no solution to the problem.

Slamming the honcho for his incompetence in handling the situation that was much rather caused by the opening of other businesses than schools, Sam Pirozzolo, vice president of the NYC Parents Union, said, “This is not real education. It’s getting worse and worse and worse.”

“I think what really happened was — as with everything COVID — we had a moving target. We were trying to see if there were measures we could take to avoid going past the 3 percent. And honestly, we’re putting tons of energy — all of us — into trying to keep making the schools better, trying to address the huge numbers of questions that came up with blended learning, with remote learning and so many other things,” said de Blasio in his defense.

“I think we didn’t have a plan B and we should have had a plan B, but I also understand why we didn’t because we were really dealing with so many day-to-day, hour-to-hour issues and trying to avert getting to that three percent,” he added.

Meanwhile, parents across the city are fuming at the sheer incompetence of the administration, especially since schools are the only places being targeted as compared to restaurants and other businesses, which have not been ordered closed by the state. Eric Nadelstern, a former deputy schools chancellor under Mayor Mike Bloomberg, claimed that, “The NYC school system is in chaos,” said Nadelstern, adding, “It’s nice that de Blasio admitted that he doesn’t know what he’s doing. You have a mayor who doesn’t have a plan and a chancellor [Richard Carranza] who doesn’t have a clue.”

Owing to the widespread anger, following his statement on Wednesday, De Blasio promised that the details of a reopening plan will be revealed next week.