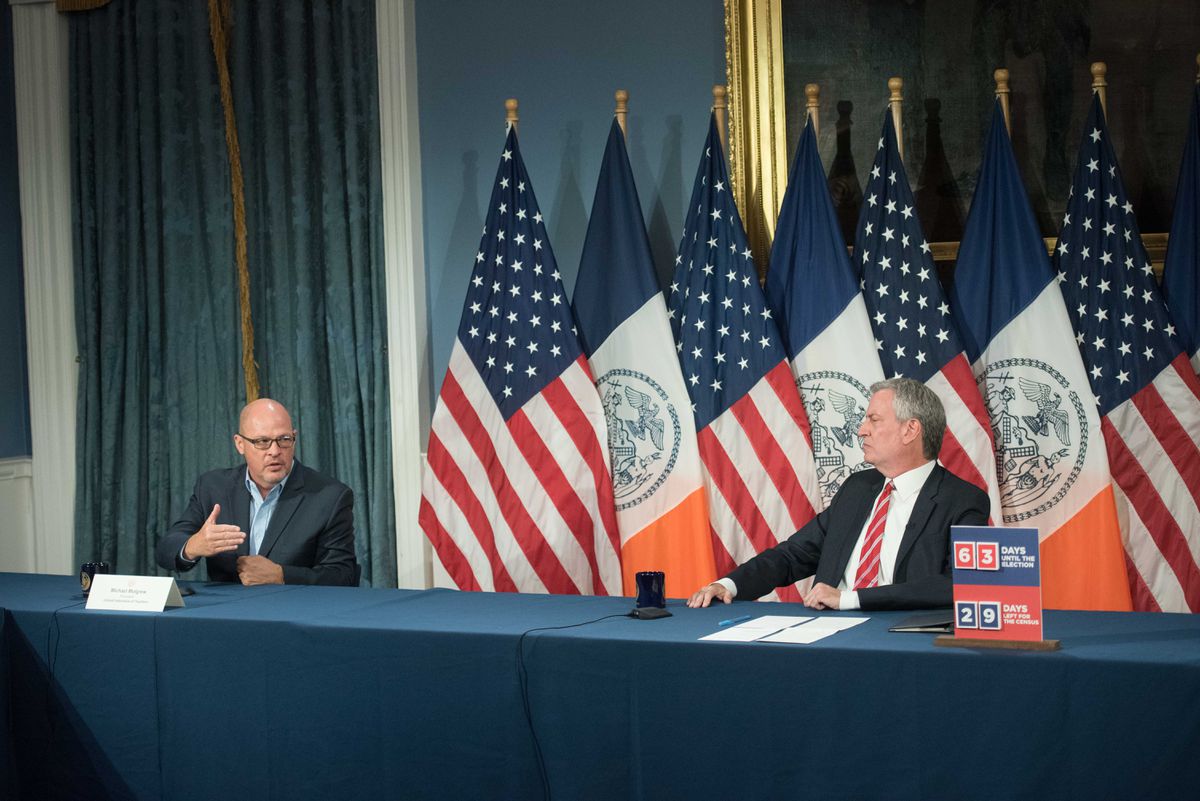 Addressing the concerns of the teachers union, as well as some parents from the state, city and union officials struck an eleventh-hour deal on Tuesday, confirming the delay of school re-openings by more than a week, to September 21st.

Mayor de Blasio announced Tuesday, that the first day of class will move from Sept. 10 to Sept. 21, and school staff will get six days devoted to professional development before students arrive — up from two, as recommended by the Teachers Union. Avoiding an impending teachers strike, the date of re-opening has been shifted, according to which, students will have to participate in three days of online orientation from Sept. 16-18.

“What we’ve agreed to is to make sure that the health measures are in place, to make sure there is time for the appropriate preparation for our educators, to make sure that we can have the smoothest beginning of the school year,” Mayor de Blasio said at a Tuesday press conference flanked by union leaders. United Federation of Teachers President Michael Mulgrew joined the mayor at the press conference to voice his support for the plan. “I can say to you now … New York City’s public school system has the … greatest safeguards of any school system in the United States of America,” he said.

This move came after the United Federation of Teachers threatened to strike after calling for a later start to the school year than the mayor initially proposed, saying adequate safety measures were not in place.

The mayor also promised monthly COVID-19 testing for students and staff. The goal is to get “random” samples by testing 10%-20% of students and staff at a time, officials said. The testing will provide “really good insight into how many people may be infected at one time who do not have any symptoms,” said Dr. Jay Varma, the mayor’s senior adviser for public health.

Furthermore, students and staff will be tested in or near their school buildings to make the process as easy as possible, de Blasio said. Testing for students under 18 will require parental consent, Hizzoner said, adding he expects most families to comply.