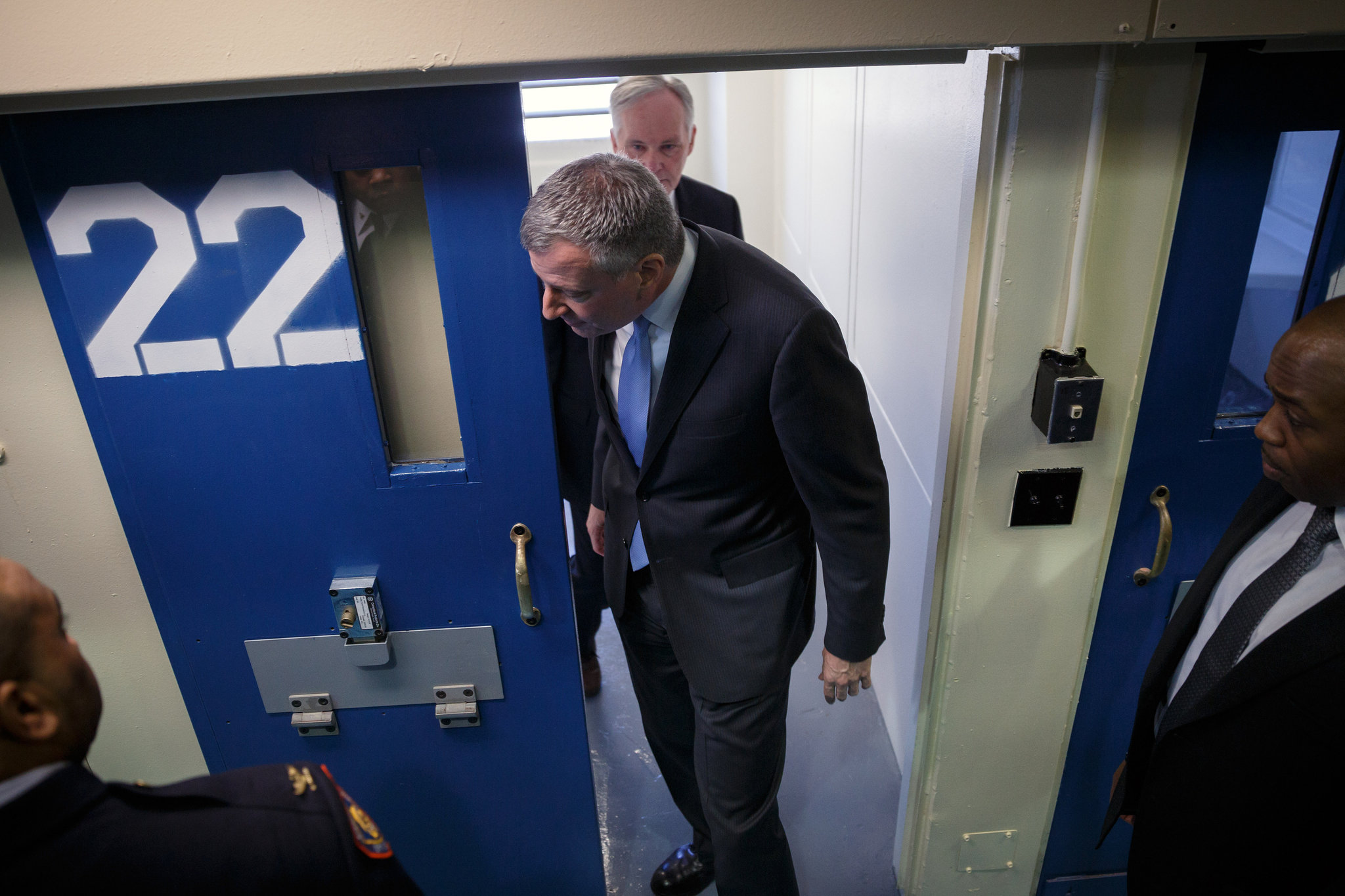 Earlier on Tuesday, AOC along with Reps. Jamaal Bowman, Nydia Velazquez, and Jerrold Nadler sent a letter to the mayor and Gov. Kathy Hochul requesting that the executives “immediately” let out inmates held at the out-of-control Rikers Island. “We strongly believe that those who are detained at Rikers should be immediately released and the facility shut down,” reads their letter. “It has become evident that conditions at Rikers … are deplorable and nothing short of a humanitarian crisis.”

In response to this, de Blasio said Wednesday during his daily press briefing, held remotely from Queens Borough Hall, “That’s not going to happen. I respect the Congress member and her colleagues who signed that letter, [but] couldn’t disagree with them more. It’s not going to happen, it’s not the right way to handle things.”

Reiterating his plans to close the jails on Rikers Island by 2027 and replace them with four smaller facilities in each borough except for Staten Island, de Blasio said, “In the end, the real thing we have to do as a city is close Rikers once and for all,” said the mayor. “Rikers needs to close once and for all, but when we have new modern, redemption-oriented community jails for inmates to go to. The answer is not to just open up the gates. Releasing everyone there is not the right way, obviously, [and] doesn’t make sense.”