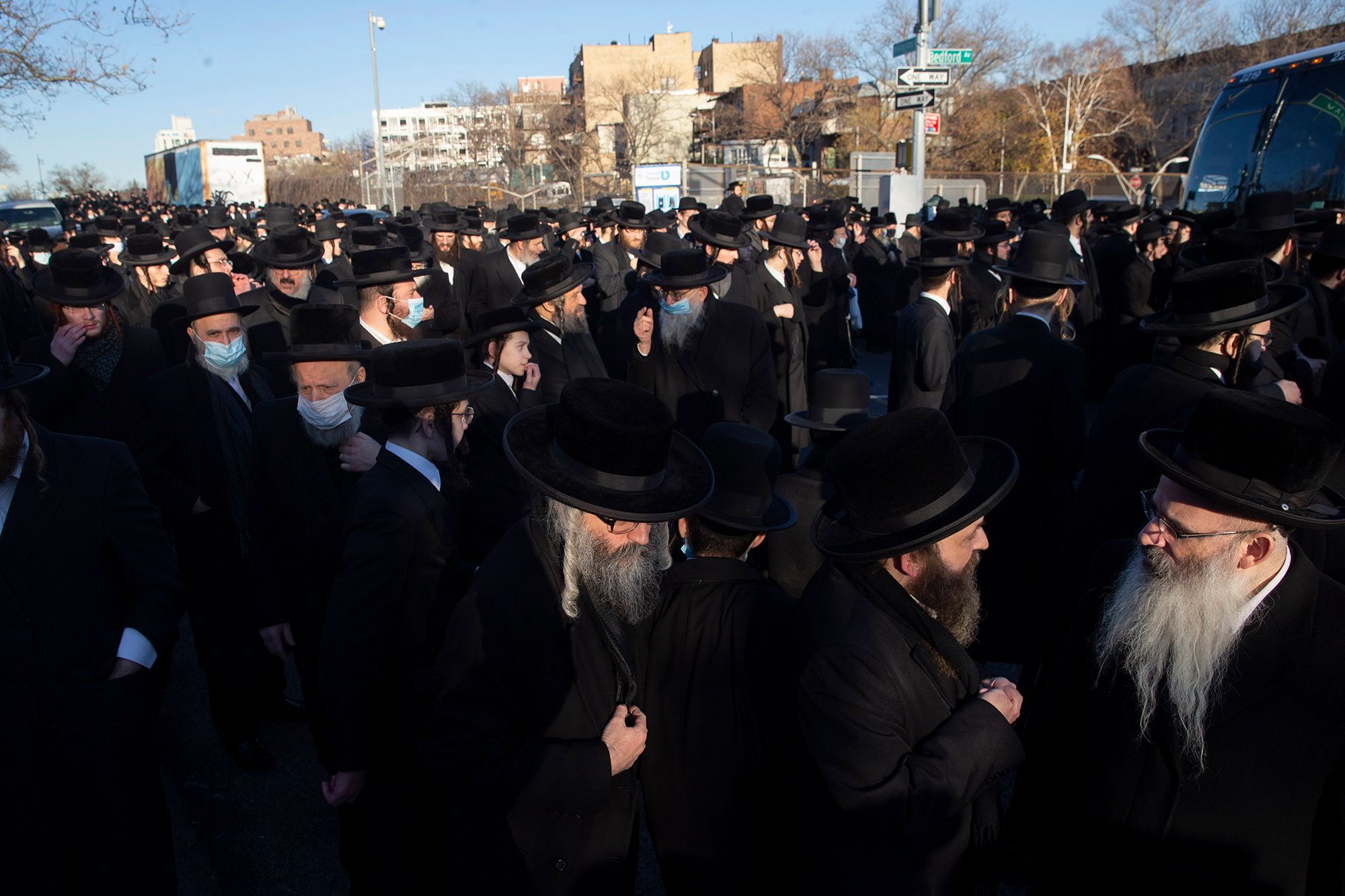 A day after the story broke out in the New York Post, the Satmar funeral in Brooklyn was slammed indirectly by Mayor Bill de Blasio, who had previously come under fire for targeting the Jewish community for a similar incident.

Spurred from a biased reportage by the New York Post, which put the Jewish community in a bad light, New York City officials are now investigating the Yetev Lev synagogue that held the funeral on Monday, for flouting COVID-19 restrictions. In a conference yesterday, the mayor threatened to shut the site down if another similar gathering occurs at the congregation.

“These large events are a real cause for concern, and we either need to see them be handled very differently, with really clear limits and precautions, or not happen at all,” Mayor Bill de Blasio told reporters at a coronavirus briefing. “If we see another confirmed situation in which an inappropriate event is happening in that same building, then we’re going to have to move to shut down the building once and for all, which is something no one wants,” de Blasio said. “But that would be the next step if we see non-compliance.”

The Monday funeral was held to honor Rabbi Yisroel Chaim Menashe Friedman, who was a longtime judge of the Satmar rabbinic court and a respected authority on Jewish law. He was considered one of the most important figures in the Satmar faction and was 94 years of age. In order to commemorate the reputable Rabbi, the Jewish community had gathered in Brooklyn, with nothing but a sense of religious respect.

Speaking of the funeral, De Blasio said it “is still being investigated, we’re trying to get the full truth of what happened there.” Previously, the honcho had come under fire for speaking ill of a funeral in June, where he had tweeted, targetting the “Jewish Community” in particular, and was slammed for being blatantly anti-semitic.

NYC authorities have also come under fire this year for selectively slamming the Orthodox community residing in the Big Apple, whilst turning a blind eye towards other big gatherings, especially the ones that followed President-Elect Joe Biden’s victory last month.