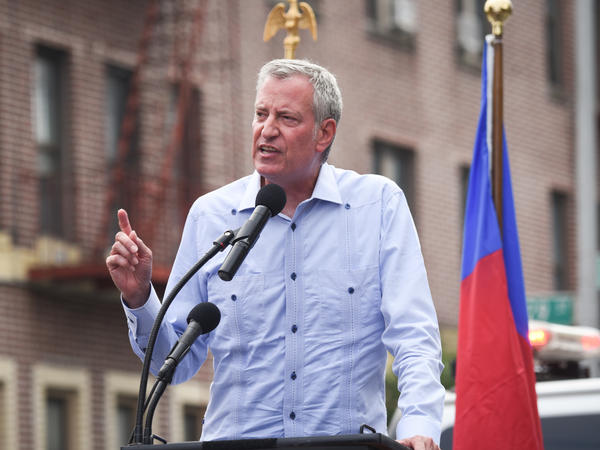 On Thursday, during a press briefing, New York Mayor Bill De Blasio said he would soon be giving guidelines on a new vaccination and masking policy in the city, owing to the climb in coronavirus infections.

“On Monday, we’ll give a shape of things to people to help guide them while emphasizing the thing that’s absolutely irreplaceable is vaccination,” de Blasio said at his daily press briefing Thursday.

Following the CDC’s fresh guidelines on Tuesday, wherein both vaccinated and unvaccinated people have now been encouraged to wear masks indoors to protect against the virulent Delta variant of the coronavirus, New York may follow suit.

During the Thursday briefing, de Blasio also touted restaurateur Danny Meyer’s announcement that he would require vaccination proof for employees and customers at his various eateries across New York City and Washington, DC. “This is the shape of things to come,” de Blasio said, hinting that the city may start to impose similar regulations.

Although hospitalizations and critical cases have not skyrocketed in the Big Apple, the number of daily average cases has climbed steadily, doubling to over 1,000 from under 500 just two weeks ago amid the spread of the Delta variant.

The average percent of city residents who’ve tested positive has also doubled from 1.3 percent on July 14 to 2.7 percent on July 27. These figures make it all the more possible for the city administration to come up with new mask mandates and vaccination incentives.