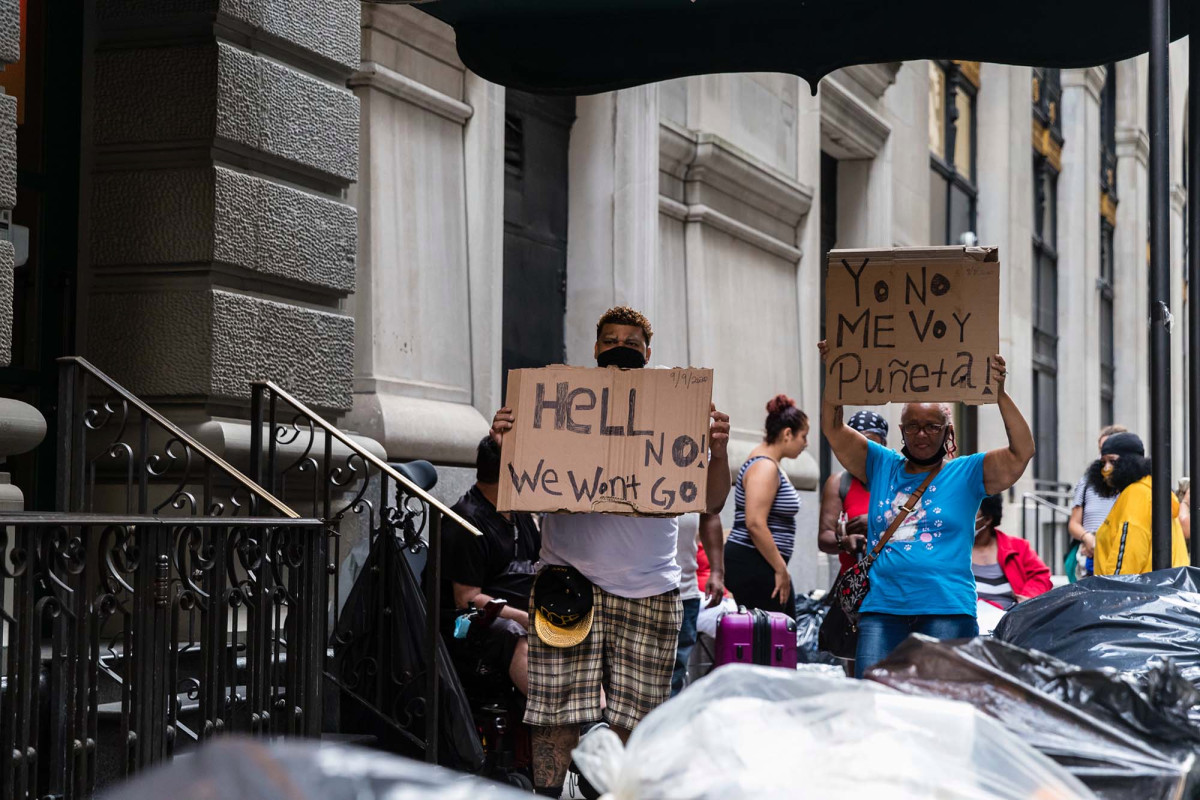 In a desperate move to relocate the homeless New Yorkers who were temporarily stationed at the Upper East Side, the City Hall hurriedly moved 100 disabled shelter-dwellers on Thursday.

Amidst the concerns of accommodating the growing homeless population in the city’s shelters, another blow came earlier this week, when De Blasio booted the temporarily stationed New Yorkers from Upper East Side hotels, back to the city shelters. With little warning, City Hall moved more than a hundred disabled New Yorkers out of their Midtown shelter to make way for over 300 men who are slated to move back from the swanky Upper East Side locale.

As reported by the New York Post, frustrated and fearful residents of the Harmonia, a former hotel located on East 31st Street, lined the streets with their belongings as they awaited a sudden and unannounced transfer to other shelters, which they speculated, might be in Brooklyn and Queens. Amidst the coronavirus pandemic, these New Yorkers were extremely dejected about the treatment they received on Thursday.

Talking to the Post, Moises Oliveras, 44, who suffers from a host of medical issues said, “We’ve been living here for two years. We’ve accumulated so much stuff and they want to just bring one bag. I feel mad. They use us like chess pieces. Moving us around like that. We’re human beings, man. And they treated us like garbage.”

Although the exact number of residents who were placed at Harmonia is not known, an undated fact sheet posted online reports that more than 170 families lived there. A tough ordeal for all those who call the place their home, the decision to move the disabled was taken just a day after De Blasio declared that the homeless placed at the Lucerne in an Upper East Side neighborhood, would be dispersed to a shelter. This decision was a result of the constant complaints made by residents of the posh locale, who claimed that the homeless were maligning their neighbors and making it an ‘unsafe’ place to stay.

With the possibility of facing a billion-dollar class-action lawsuit, de Blasio quietly surveyed the East Side and explained his decision to close it down Wednesday, claiming the conditions as being “unacceptable”.

Strongly criticizing the move, Legal Aid expressed their consternation, with lawyer Judith Goldiner. saying, “Mayor Bill de Blasio’s pathetic and shortsighted surrender to Upper West Side NIMBYism has unsurprisingly disrupted the lives of other vulnerable New Yorkers at various shelters around New York City, all in the midst of a public health crisis.”