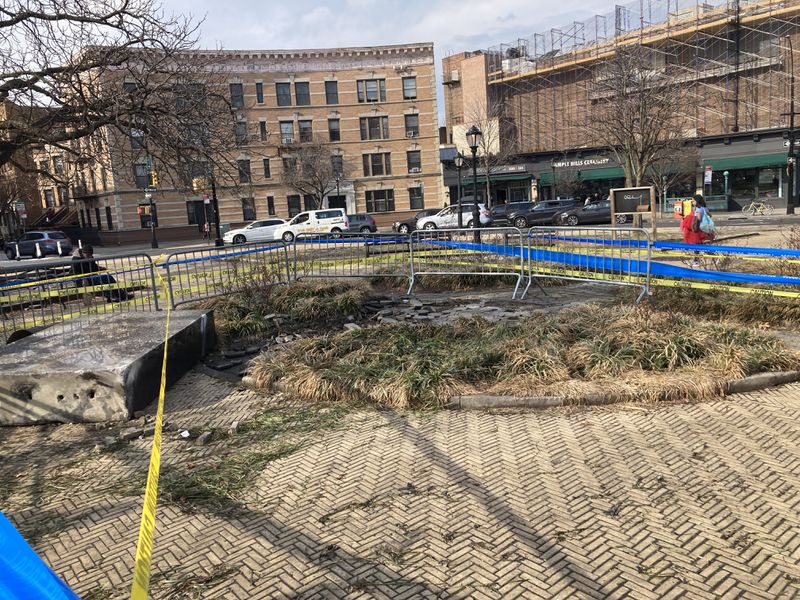 A deadly car crash caused the destruction of a famous war memorial in Brooklyn early Sunday.

The NYPD said a driver of a BMW sedan crashed into the World War I monument in the traffic circle of Bartel-Pritchard Square at the southwest entrance to Prospect Park about 4:10 a.m.

The NYPD added that the car plowed into the 57-year-old memorial and erupted into flames.

A 23-year-old woman passenger of the car was immediately brought to Lutheran Hospital for pain and bruising.

The male discovered at the crash site refused the offer of medical assistance from authorities.

A deeper investigation of the crash is now underway.

Sources said the memorial, erected in 1965, was a tribute to two Brooklyn natives and friends, Emil Bartel and William Pritchard, who died in combat in France during World War I.

It was learned that Bartel lived nearby the crash site on Windsor Pl. near 11 Ave. in Windsor Terrace. Pritchard lived on Linden St. near Central Ave. in Bushwick.

According to reports, the close friends both enlisted in Brooklyn’s 13th Regiment of the National Guard. Overseas, they served together in the 59th Regiment, Coast Artillery before their deaths.