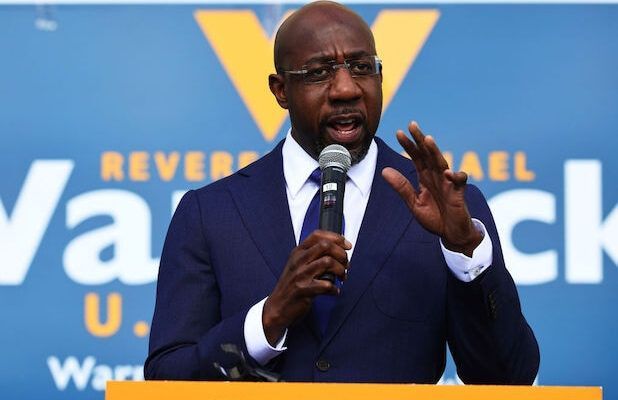 In a historic victory reported in the early hours of Tuesday, Reverend Raphael Warnock has defeated incumbent GOP Sen. Kelly Loeffler in Georgia’s runoff election, making him the first Black U.S. senator in the state’s history. Furthermore, there have been only 10 Black senators in history, and Warnock is the first Democrat from the South since Reconstruction.

A pastor representing the historic Ebenezer Baptist Church where Rev. Martin Luther King Jr. once preached, Warnock’s victory has now taken the Democrats closer to seizing back control of the Senate. As of now, Control of the Senate rests on the two runoffs in Georgia. On the other hand, Democrat Jon Ossoff is challenging Sen. David Perdue (R). If Democrats win both, they control the chamber. If Republicans hold on to just one seat, Mitch McConnell (R-Ky.) remains the majority leader.

According to the Associated Press, Warnock led Loeffler by over 40,000 votes with 97 percent reporting. Warnock declared victory in a virtual address to supporters, saying, “Georgia, I am honored by the faith that you have shown in me. And I promise you this tonight: I am going to the Senate to work for all of Georgia, no matter who you cast your vote for in this election.”

Warnock, a graduate of Morehouse College, became the senior pastor of Ebenezer Baptist Church in 2005 when he was 35. In 2013, he delivered the closing prayer at Barack Obama’s Inaugural Prayer Service, and in 2016, he gave the sermon at the annual White House Easter Prayer Breakfast.

During his campaign, Warnock emphasized his life rising out of poverty as a contrast to Loeffler. In one ad, he walked through the housing project in Savannah where he grew up with 11 brothers and sisters, stating that children there “have it harder now than I did back then. That’s got to change.”