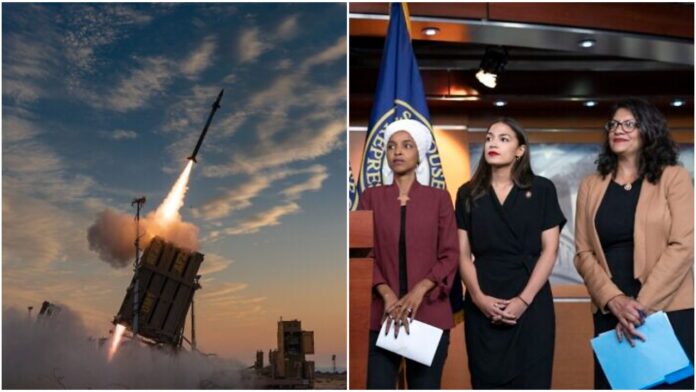 Due to alleged pressure from progressive members, on Tuesday the Democratic party removed a bill that seeks $1 billion in military aid to Israel for the Iron Dome.

Despite the fact that the Iron Dome saves thousands of Israeli lives, Jews and Arabs alike, House Speaker Nancy Pelosi still decided to remove the bill.

“We will act to ensure Israel has the ability to defend itself, and I expect strong bipartisan support for this effort,” Hoyer said.

Sources said apart from the fact that the Iron Dome saves Israeli lives, it also protects the Gaza Strip from devastation since Israel could not afford to tread lightly if rockets launched from the Strip would result in heavy civilian casualties.

The same sources added if Israel couldn’t operate the Iron Dome, it would have no choice but to take forceful action against terror groups in the Strip, and since the groups embed themselves in the civilian population, it would result in numerous civilian deaths and extensive destruction of property.