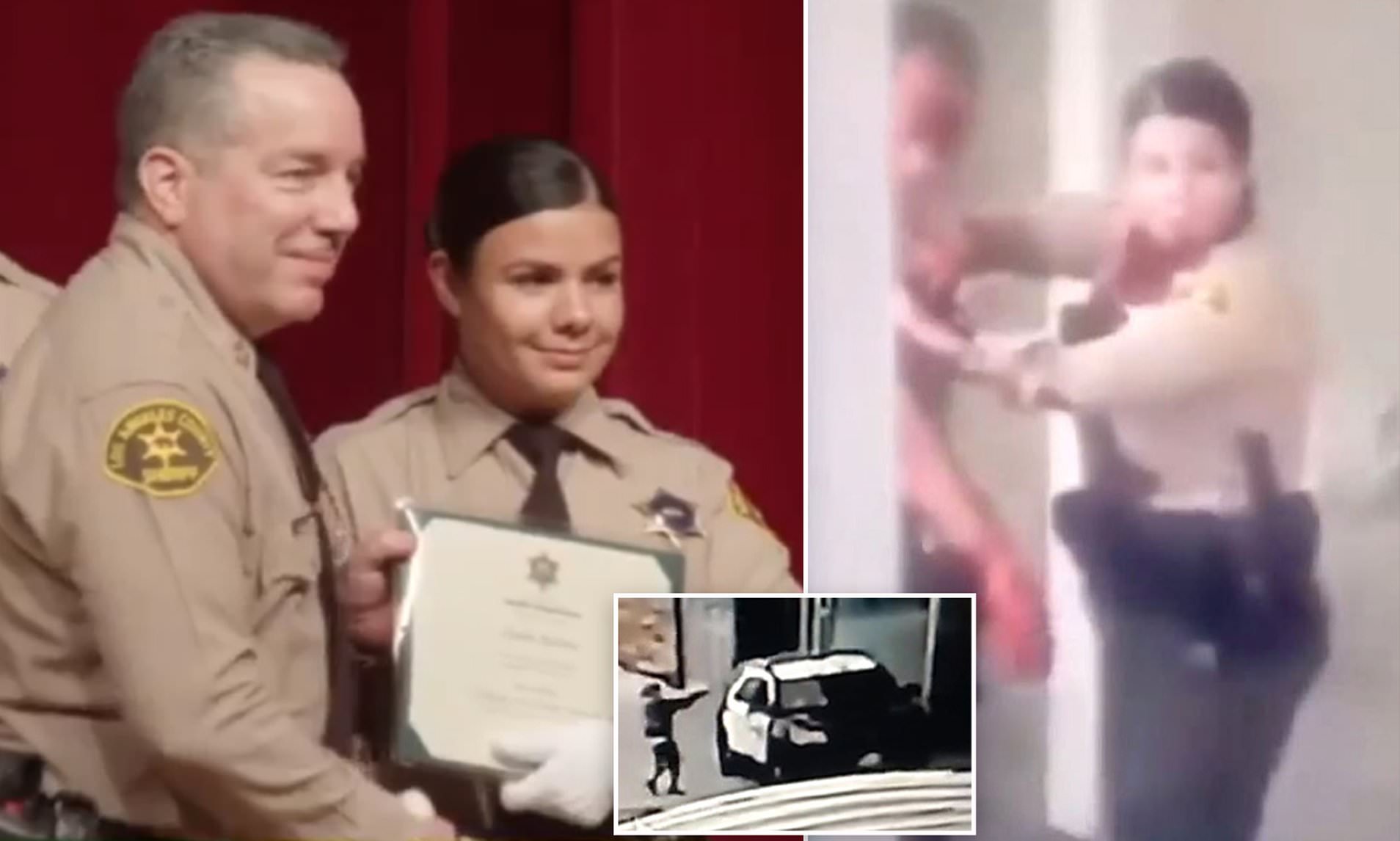 Two days after the violent ambush in Los Angeles, where two LA County Deputies were shot multiple times, one of the heroes who braced herself during the attack whilst saving the life of her partner is reportedly Claudia Apolinar, a 31-year-old former librarian who graduated the academy just last year.

Claudia Apolinar, who was struck in the jaw during Saturday’s shooting, is currently in a stable condition at a Los Angeles County hospital. The Daily Mail reportedly spoke with the deputy’s father, Adolfo, who was with her at the hospital.

In a chilling video released by the LA County Sheriff Department, on Sunday, the deputy and her partner were both shot at point-blank while sitting inside their patrol car, just hours after protests surrounding the police killing of Dijon Kizzee. It has been reported that Apolinar made a tourniquet for her 24-year-old partner before medics arrived.

Rushed to a nearby hospital as soon as possible, the officers remain in critical, but stable condition following surgeries. Apolinar’s partner suffered wounds to his forehead, arms, and one of his hands. Both deputies were shot multiple times but were luckily able to radio for help instantly.

According to Los Angeles County Sheriff Alex Villanueva, “The two deputies were doing their job, minding their business (and) watching out for the safety of the people on the train.” He further expressed his disgust towards the sentiment of hate posed towards law enforcement officials, saying, “To see somebody just walk up and just start shooting on them, it pisses me off and it amazes me at the same time.”

Villanueva said both deputies are out of surgery and are expected to survive in what he called “a double miracle.” In a tweet that was targetted towards the ongoing manhunt for the perpetrator, who is still at large, the sheriff’s department is offering a $100,000 reward for information leading to the conviction of the unknown, hooded gunman who was clad in black attire from head to toe. In the video, the hooded figure is seen walking up to a patrol car parked near a Metro station in Compton about 7 p.m. Saturday. The person opens fire and runs from the scene.