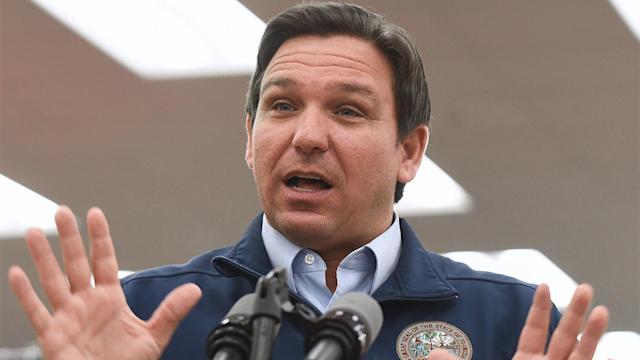 In a news conference on Friday, Florida Governor Ron DeSantis suggested that parents should have the power to sue school districts over the harm caused to their children by mask mandates.

“Rather than take money that may penalize a teacher or student because of the actions of some union-controlled school board members, my view would be — let’s not do that,” DeSantis But what you could do is say, any parent whose kid was illegally forced masked this year in Florida, in any of those districts, they should have the right to sue if their kids have any negative effects of it.” This statement was in reference to a bill that would yank $200 million in funding from school districts that imposed mask mandates on their students despite DeSantis’ order not to.

He specifically noted that students who now suffer from speech, emotional, or physical problems because of the mask mandates should be able to sue. “If the legislature goes down that route I think that would be very beneficial,” DeSantis said. “It would strike a good balance between penalizing the politicians who flouted the law but also not doing that in a way that’s ham-handed and may deprive some innocent school kid of the ability to participate in a certain program.”