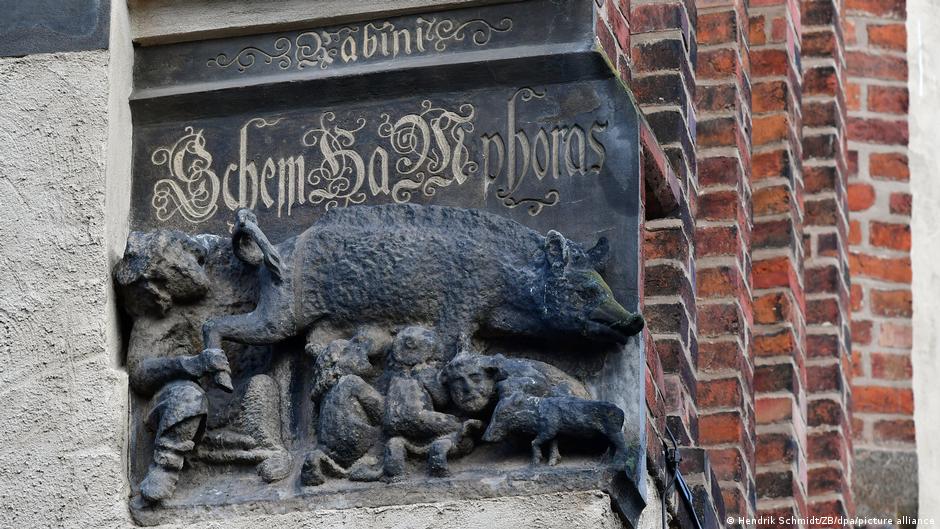 Despite Germany’s Efforts In Tackling Hate, Court Says Antisemitic Carving At Historic Church Will Stay On

On one side, the German government is floating out initiatives to curb the rampant spread of antisemitism in the country, and on the other, a Federal Court chose to rule against a Jewish activist who sought the removal of an anti-Jewish carving from the 13th century that adorns a church in the historic city of Wittenberg.

After a legal battle of around four long years, on Monday, Germany’s Federal Court of Justice upheld earlier rulings in the lower courts to prevent the removal of the offensive statue, known as the “Judensau” (“Jew pig”), from the church where Martin Luther, the fiercely antisemitic 16th-century Protestant leader, famously preached.

Judge Stephan Seiters told the court that there was no need to remove the Judensau as in 1988, the church had erected a memorial around the carving that referred to the historic persecution of Jews and the six million Jews murdered during the Nazi Holocaust. As per  Seiters, prior to the addition of the memorial, the carving expressed a “massively defamatory statement about the Jewish people and their religion.” However, the display could now reasonably be said to have been converted from a monument to “shame” into a “memorial,” the judge argued.

The carving shows a group of Jews on their knees eagerly suckling a pig, an animal whose meat is forbidden under Jewish law. It also contains the words “Vom Schem Hamphoras” — an insulting corruption of one of the names for God in the Jewish tradition.