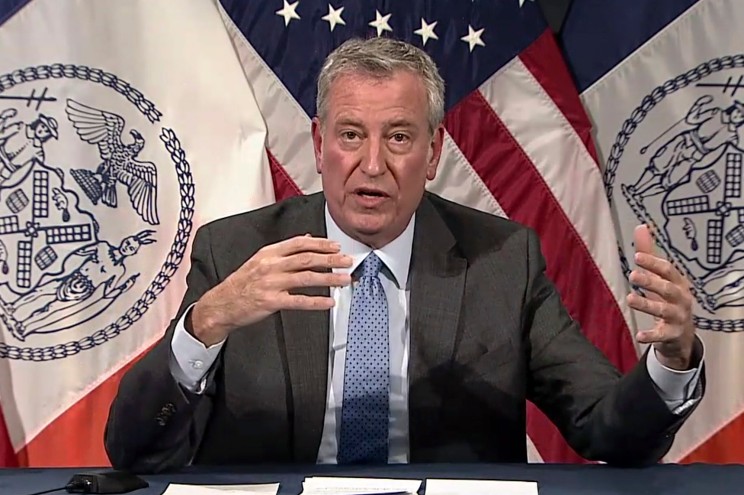 In his morning press conferences, de Blasio is always heard that he wants to be a public servant and that he is not keen on working in the private sector once his term ends.

Also, it was reported that his possible gubernatorial run suffered a slight setback.

According to reports, two potential donors for de Blasio’s gubernatorial bid cannot anymore give money to the outgoing chief city executive since they already put their money behind sitting Gov. Kathy Hochul.

Sources said de Blasio had a lunch meeting with business moguls John Catsimatidis and Dennis Mehiel who both already held two fundraisers and raised nearly a half-million dollars for Hochul.

It was learned that instead of money the two just gave de Blasio some advice on his potential gubernatorial bid.

It was further learned that since August, Hochul has raised $10 million, when she filed with the state Board of Elections to run for a full term and has $11.1 million in cash on hand.

Fat cat lobbyists, real estate tycoons, and politicos have attended multiple fundraisers for her campaign — with ticket prices soaring as high as $25,000 a pop.