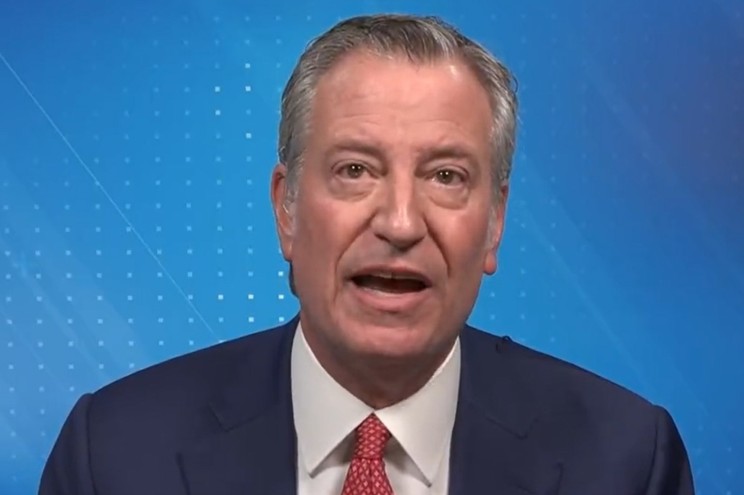 Despite soaring murder cases, De Blasio insists NYC is better off after his 8 years in office

Despite the rising number of murder cases, street homelessness and the Big Apple’s economic recovery lags amid the pandemic, former New York City mayor Bill de Blasio insists NYC is better off now after eight years of his administration.

Despite grim NYPD crime data, de Blasio claimed the Big Apple is now “the safest big city in America” — and that he had successfully fought “inequality” during his time in the top job.

“Independent studies have shown we were able to put a lot more money back in the pockets of working people. Wages have gone up. We’ve been able to give things like pre-K and 3-K to all families for free, universally,” he said.

“We have, after a really tough two years, we’re once again turning the corner – this is the safest big city in America. That is a fact.” His cheery outlook comes despite crimes rates across the Big Apple surging over the past year” he added.