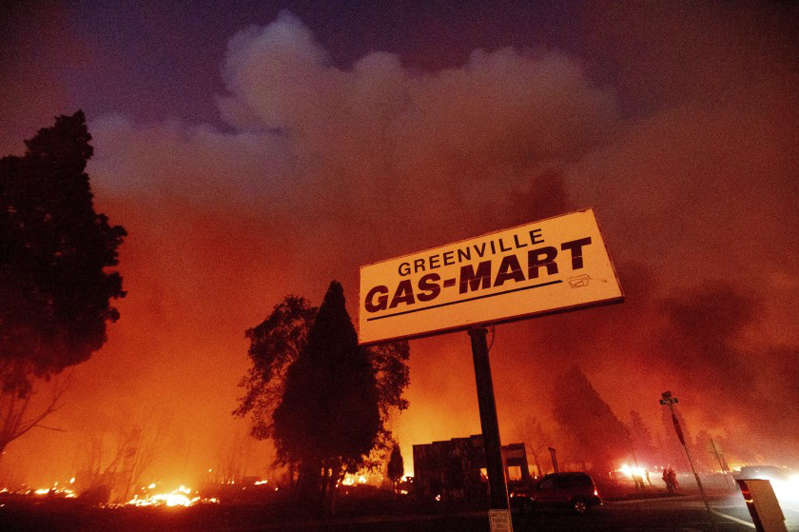 A massive Dixie fire is creating havoc in the town of Greenville and destroying swaths of the downtown area and making it look like a war zone.

According to reports the strong winds and the dry condition made the huge fire in Northern California harder to stop.

The fire particularly in Plumas County town of Greenville remains in effect as of Wednesday afternoon.

This early the Dixie fire is already considered the eighth largest in California history.

Fire spokesman Mitch Matlow told the media the local fire fighting force is now doing its best to stop the fire which already hit buildings and cars in the area.

“We did everything we could,” Matlow said.

It was learned that the Dixie fire broke out three weeks ago near a power station in Feather River Canyon.

Pacific Gas & Electric Co. said in a report that its equipment might have sparked the blaze.

Based on the latest data gathered, the Dixie fire destroyed at least 67 structures with more than 12,000 under threat.

So far the California Department of Forestry and Fire Protection said firefighters already contained 35% of the fire.