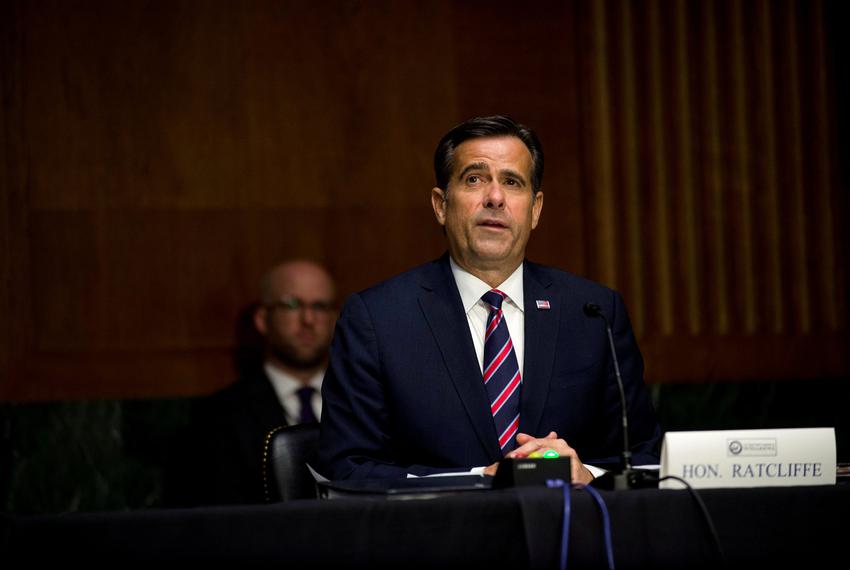 In a key turn of events just a few days prior to the Presidential elections, the Department of Justice has now agreed with DNI Chief John Ratcliffe’s assessment that the incriminating emails acquired from an unknown laptop- giving out information about Biden Jr’s illicit international transactions- are not part of a Russian disinformation campaign.

In an attempt to save the skin of their presidential candidate Joe Biden, Democratic Rep. Adam Schiff, chairman of the House Intelligence Committee, had claimed the emails were part of a smear orchestrated by Moscow.

On Monday, Intelligence Chief John Ratcliffe had clearly vocalized his stance on the possibility of the information derived from the laptop as being a Russian attempt saying, “Hunter Biden’s laptop is not part of some Russian disinformation campaign. Let me be clear: The intelligence community doesn’t believe that because there is no intelligence that supports that. And we have shared no intelligence with Adam Schiff or any member of Congress.”

Currently, in the possession of the FBI who is to investigate on the matter further, the first expose published by the NY Post not only contained information of Hunter Biden having monetary ties with a Ukrainian energy firm, but also consisted of an attached photo of a Delaware federal subpoena that showed both the computer and its hard drive was seized by the FBI in December after a computer repairman said he alerted federal authorities to their existence.

As reported by Fox News, the FBI on Tuesday said they have “have nothing to add at this time to the October 19th public statement by the Director of National Intelligence about the available actionable intelligence.”

The FBI, in its letter to Senate Homeland Security and Governmental Affairs Committee Chairman Ron Johnson, wrote that “consistent with longstanding Department of Justice (Department) policy and practice, the FBI can neither confirm nor deny the existence of any ongoing investigation or persons or entities under investigation, including to Members of Congress.”