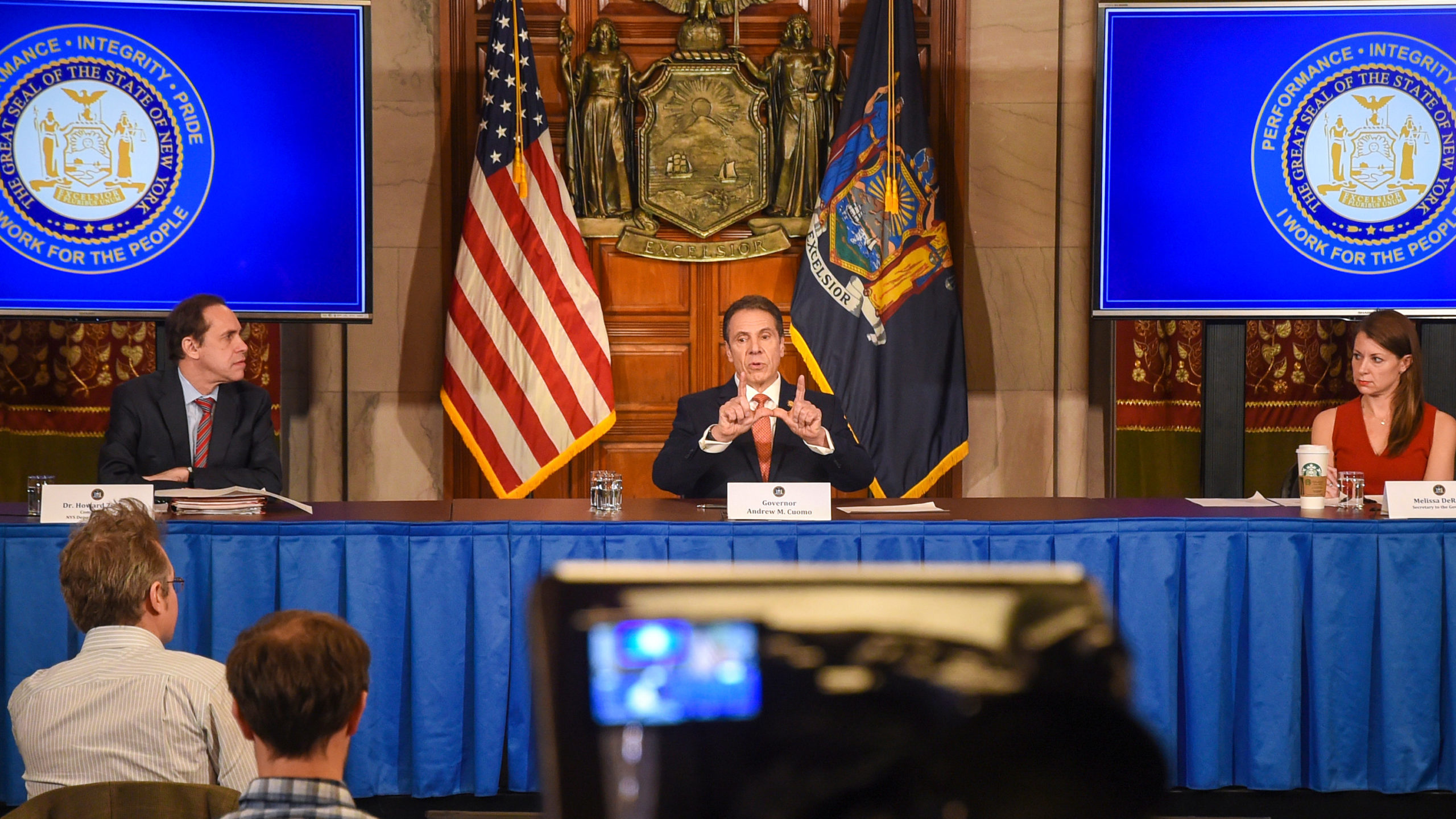 Double Standards: Cuomo Drives To NYC Whilst Asking New Yorkers To Stay Off The Roads

Not staying true to his own words, Governor Andrew Cuomo on Monday said during a radio interview that he, himself was driving into New York City despite calling on New Yorkers to stay off the roads during a massive winter snowstorm affecting the area.

“When snow is falling that quickly, it makes it very difficult for plows to keep up with it. I want New Yorkers to hear me loud and clear – stay home and off the roads and if you must travel, get where you’re going before noon, and expect to remain home for some time. We’ve been through this before and we will get through it again, Cuomo said whilst cruising on the roads after declaring a state of emergency as New York City and surrounding areas braced for snowfall of up to two inches per hour. New York City Mayor Bill de Blasio announced restrictions on all non-essential travel beginning at 6 a.m. ET on Monday. Local forecasts called for up to two feet of snow in the New York City area.

In a lengthy rant, Cuomo warned of significant delays and potential travel bans on major roads during the blizzard. And while he offered tonnes of advice and urged people to stay at home, the honcho revealed during an interview with WINS radio in New York that he was “personally driving into New York City” as the storm intensified.

When asked by WINS reporter Juliet Papa if it was “a great idea” for him to be driving given the dangerous road conditions, Cuomo brushed off the question saying, “Life is options, Juliet. Right? The airports are closing as we speak and for me, it’s walking or driving and for me, I’ll take driving. We have a lot of emergency workers that are doing great work today.”

Justifying his travels further, he added that he felt a responsibility to carry out his duties since he had activated emergency workers in advance of the storm. “If I call them out, I’m not calling anyone into a situation I wouldn’t go into myself,” Cuomo said.