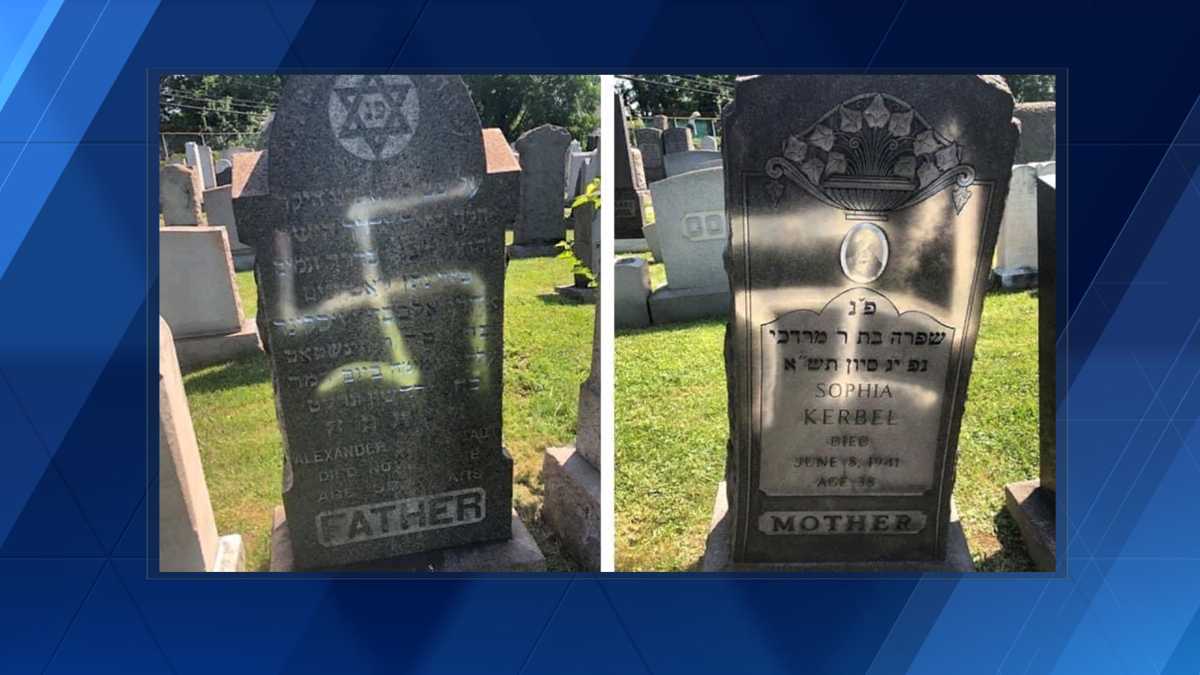 Over a dozen Jewish headstones were reported vandalized with Swastikas this past week at a Jewish cemetery in the Baltimore suburb of Dundalk, Maryland.

Source: The Times of Israel (Courtesy of Eric L. Goldstein via JTA)

Amidst rising instances of antisemitism across the globe, a cluster of Jewish headstones at a cemetery was left vandalized over the July 4th weekend. In addition to swastikas spray-painted on top of the gravestones, vandals also defaced a headstone with a tag that appeared to reference Holodomor, the 1930s famine in Soviet Ukraine that killed more than 3 million people. Invoking Holodomor as a way to target Israel and the Jews has become a growing tactic on the far-right, many of whom blame Jews for the famine.

First discovering the vandalism on July 4th while visiting the cemetery with friends, Deborah R. Weiner, a Baltimore Jewish historian said, “It’s something I’ve never seen in all my years of cemetery-going.”

It seems that there’s been a recent trend among antisemites who repeatedly target Jewish cemeteries, defacing them as a display of hate towards the community. A few other Jewish cemeteries that have been vandalized in recent months, include the desecration of Jewish graves in Grand Rapids, Michigan, just prior to the 2020 election and Jewish headstones smashed in Romania and Ukraine earlier this year.