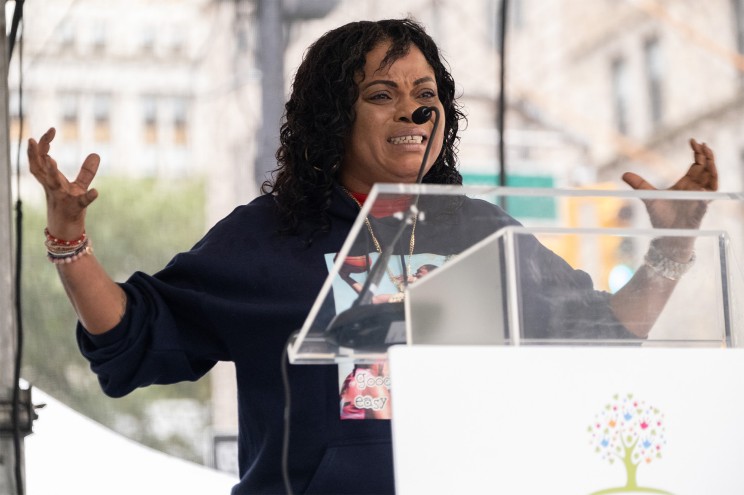 Dozens of parents went to the New York City Hall on Monday and called on government officials to send more cops on the street and safety agents in schools to stop the rising gun incidents in the Big Apple.

Some of the parents who joined the protest rally outside the City Hall are victims of gun violence themselves involving their children and kin.

Eve Hendricks, whose 17-year-old son Brandon was shot and killed while attending a birthday cookout in June 2020, said she does not want what happened to her son to be repeated.

Aside from the parents, the members of the New York School Safety Coalition and school-safety-agents union President Gregory Floyd, a vocal opponent of Mayor de Blasio’s plan to transfer agents’ duties out of the NYPD also joined the rally.

Sources said the rally was conducted on the heels of an incident Friday in which an armed man fleeing cops ran into a Brooklyn school full of students.