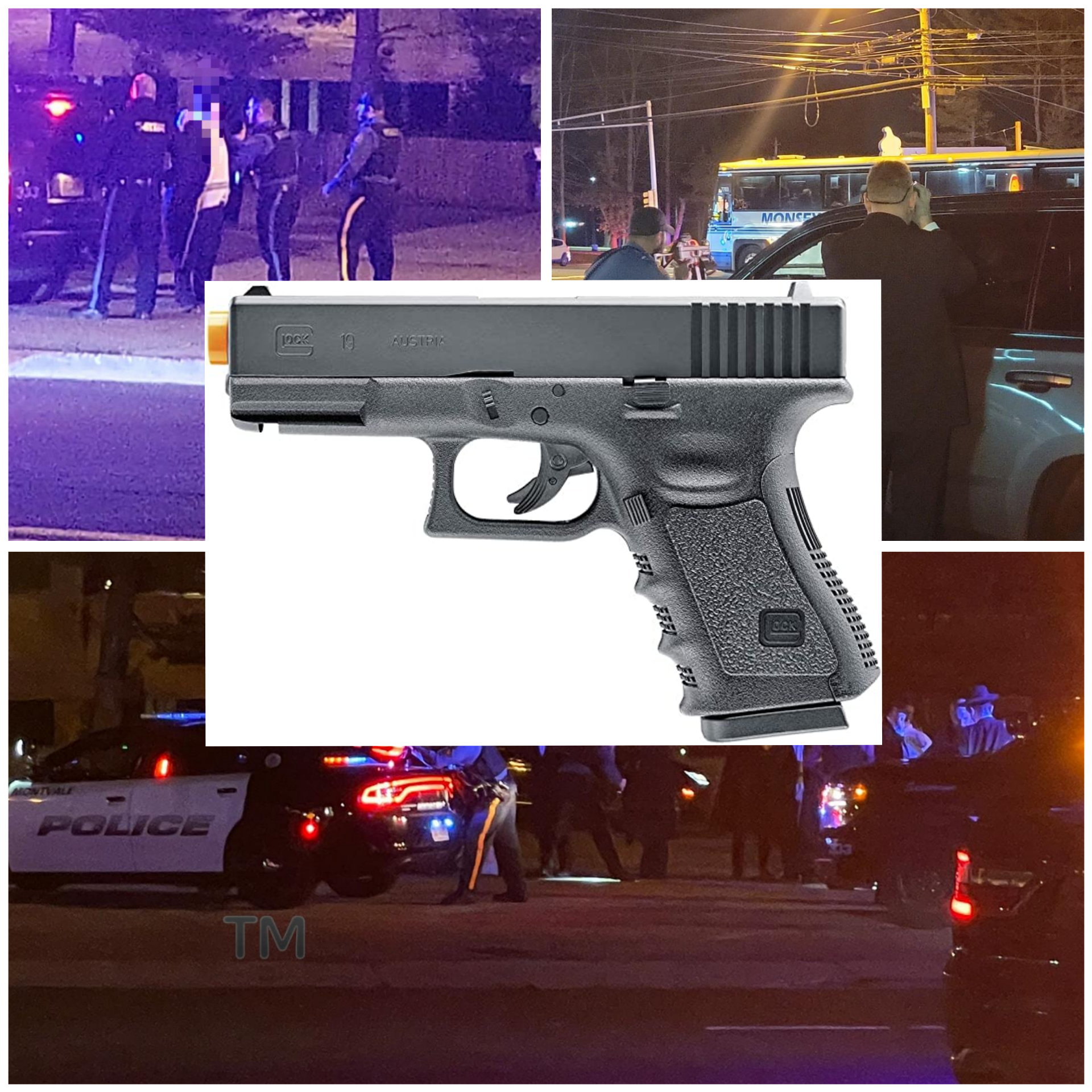 On Thursday evening, at around 10 PM, a bus full of passengers travelling from Boro Park to Monsey was pulled over as soon as it got off the highway.

Reliable sources have told Yidinfo that a dispute on the Monsey Trails led to many cops pointing guns at the passengers, while instructing each of them to get off the bus with their hands in the air.

The incident occurred at Chestnut Ridge Road and Sumit Road in Montvale, NJ which is next to Monsey.

Passengers were seen coming off the bus one at a time, were made to line up, and were being body searched thoroughly.

The Police believed that there was a deadly weapon on the bus, and reports later confirmed that a BB gun was pulled.

Chaverim of Rockland was on the scene lending their assistance to the police as well as the passengers, while also taking responsibility for some young children traveling alone on the bus.

Fortunately, no one was hurt, and the matter was resolved peacefully.