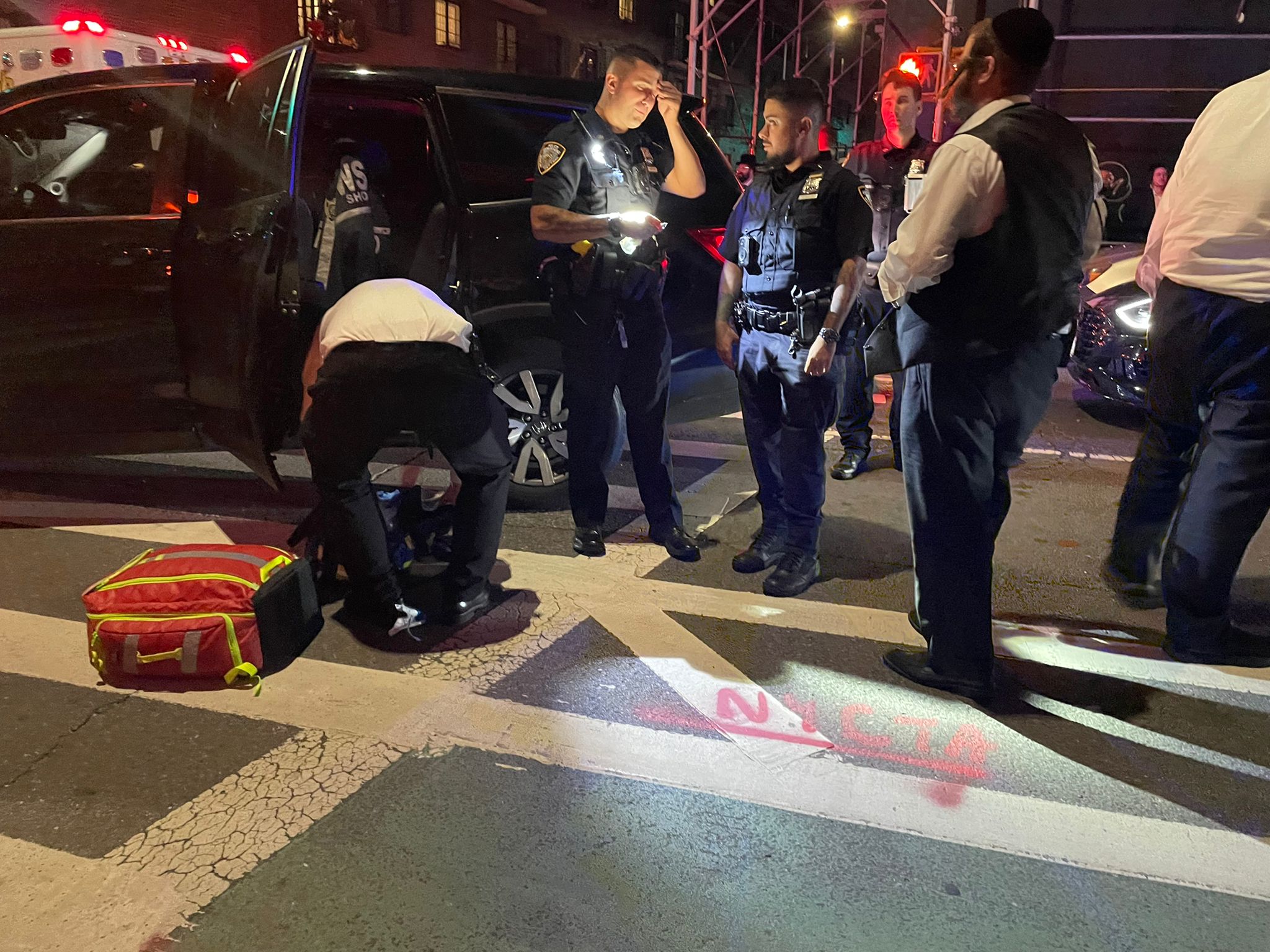 Two Jewish people were attacked by a duo riding on their bikes who started shooting paintballs at them on Monday night.

The incident occurred at around 10:30 pm, when two Jewish people were walking the streets of Williamsburg at South 11th Street and Kent Avenue, where two people riding a bike pulled out a paintball gun and started shooting before fleeing the scene. The two Jewish people walking on the street were struck by flying paintballs – injuring them both.

Williamsburg Shomrim and Hatzolah rushed to the scene to aid the injured people, however, at the short time that help arrived, the perpetrators had already fled the scene.

The NYPD swiftly responded to the scene where an investigation was opened. While investigating the incident, an NYPD police officer who picked up a paintball was injured after the paintball busted in the officer’s face, injuring the officer to the eye.

Hatzolah EMS treated the two victims and the police officer where they were transported by Hatzolah EMS and the City EMS to the hospital. The NYPD remains on the scene where an investigation is being conducted to arrest the two perpetrators who fled the scene.