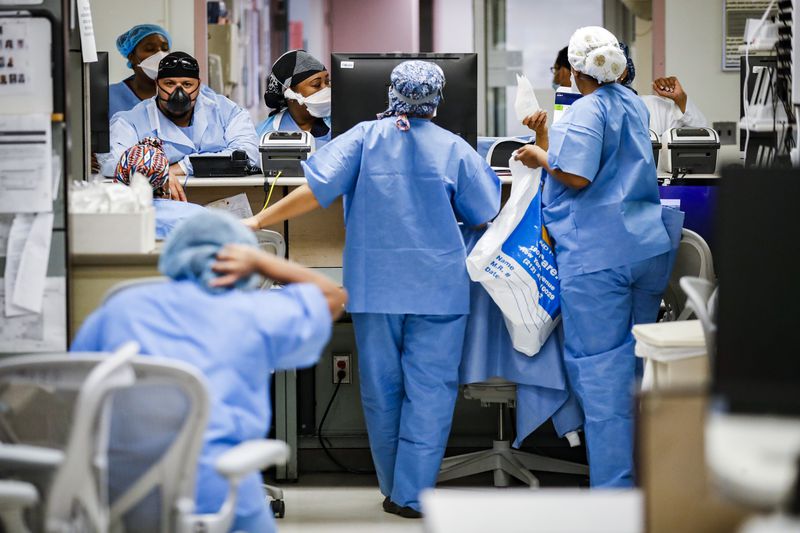 Due to staffing concerns, the state of New York will no longer enforce the mandate requiring health care workers to get COVID-19 boosters.

State health commissioner Mary Bassett said Friday that the decision to drop enforcement of the mandate reflects the reality that booster rates remain far below 100% in nursing homes and hospitals.

“While we are making progress with 75% of staff received or are willing to receive their booster, the reality is that not enough healthcare workers will be boosted by next week’s requirement in order to avoid substantial staffing issues in our already overstressed healthcare system,” Bassett said in a statement.

Earlier, Gov. Kathy Hochul issued the mandate in January due to the troubling rise in breakthrough infections.
Hochul set the deadline for the mandate on February 21.

Sources said nursing homes and hospitals in New York have vaccinated nearly all employees, but health experts worry that booster rates are too low to protect against future surges as a vaccination’s efficacy wanes over time.

Based on the data from the U.S. Centers for Disease Control and Prevention last month it was learned that COVID-19 vaccine booster shots provide 90% protection against hospitalization.

According to reports, some 43% of roughly 146,000 nursing home staffers across New York were fully vaccinated with a booster shot.

The data is higher by 20% as of early January when Hochul first announced the booster mandate.