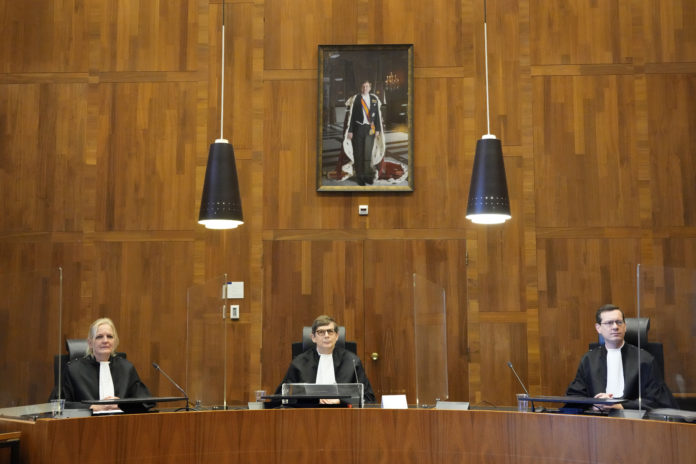 A Dutch appeals court affirms on Tuesday a lower court’s decision to throw out a civil case against Israel’s defense minister and another former senior military officer over their roles in a deadly 2014 airstrike.

The Hague Court of Appeal said there is no error when A Hague District Court ruled in January 2020 that the case against Israeli Defense Minister Benny Gantz and former air force commander Amir Eshel couldn’t proceed because the men have “functional immunity from jurisdiction.”

The appellate court explained Gantz, who was military chief of staff at the time of the airstrike, and Eshel had immunity because they were carrying out Israeli government policies.

The case was earlier filed by Ismail Ziada, who lost six members of his family in the airstrike that lawyers for the men argued was part of an Israeli military operation during the 2014 Gaza conflict.

Ziada said Gantz and Eshel needs to pay damages because they didn’t have immunity because their actions amounted to war crimes.

Meanwhile, Roy Schondorf, a deputy Israeli attorney general, is happy with the ruling.

“The appeals court recognized their immunity from civil prosecution for anti-terror activities in the framework of operation ‘protective edge.’ This is a very important legal precedent that protects all IDF (Israeli military) commanders from similar attempts,” Schondorf tweeted.