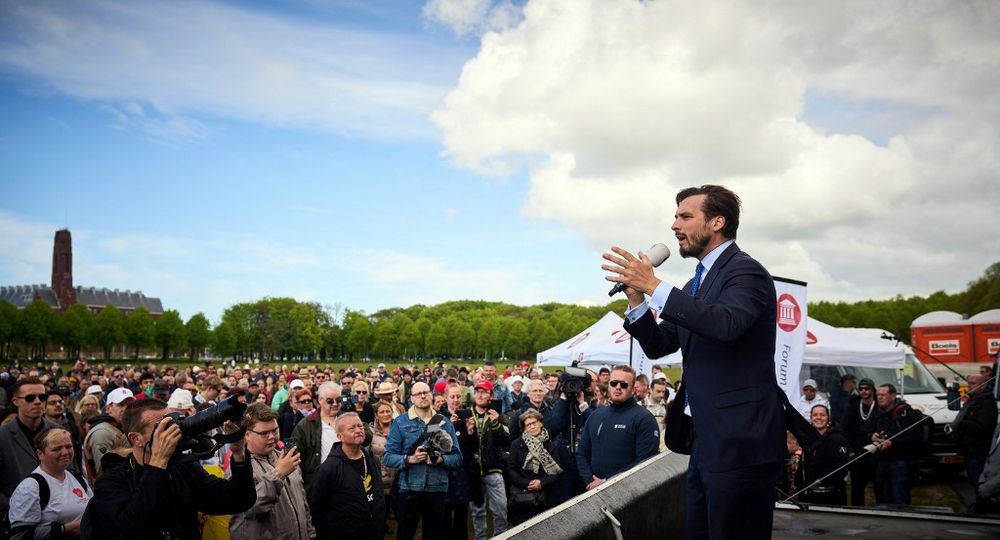 On Wednesday, a Dutch Judge banned a right-wing political leader from comparing coronavirus restrictions to the Holocaust, following four such posts on his social media account.

The Dutch court ordered Thierry Baudet, an MP who heads the populist Forum for Democracy party, to remove posts on social media in which he compared the Dutch government’s measures to counter the COVID-19 pandemic with the mass slaughter of Jews during the Nazi Holocaust.

In his post on Twitter, Baudet wrote, “the unvaccinated are the new Jews, those who look away from the exclusions are the new Nazis.” He also posted side-by-side a photo of a young Dutch boy prevented from attending a festive St Nicholas party and one of a Jewish boy from a Polish ghetto before his deportation during World War II. Baudet had also shared a photo of the Buchenwald concentration camp in Germany with the comment: “How is it POSSIBLE to not see how history is repeating itself.”

Baudet was told by a judge in Amsterdam to delete four posts on Twitter within 48 hours. Should Baudet refuse to comply, he will be fined 25,000 euros per day until the posts are removed. The judge also ordered Baudet to refrain from using Holocaust-related imagery in his vocal campaign against vaccinations and other public health measures to roll back the pandemic’s spread.