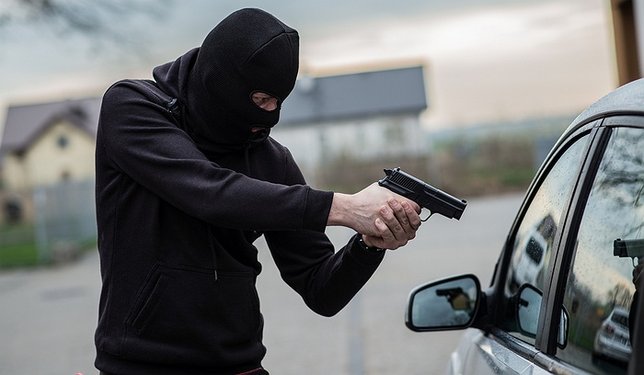 Thursday morning at 6:30am, a suspect approached a Yingerman sitting inside his vehicle on 62nd Street and 19th Avenue, brandishing a firearm.

The suspect opened the vehicle’s door, pointed the gun at the victim and demanded his wallet and cellphone.

The victim complied with the demands and handed over his wallet and cellphone. The perpetrator then threw the cellphone to the ground, breaking it and fled the scene on foot.

The Boro Park Shomrim and 911 were called moments later and responding Shomrim volunteers along with NYPD officers canvassed the area but turned up empty handed.

The fleeing suspect is described as a male black wearing a blue hoodie and an investigation is ongoing.