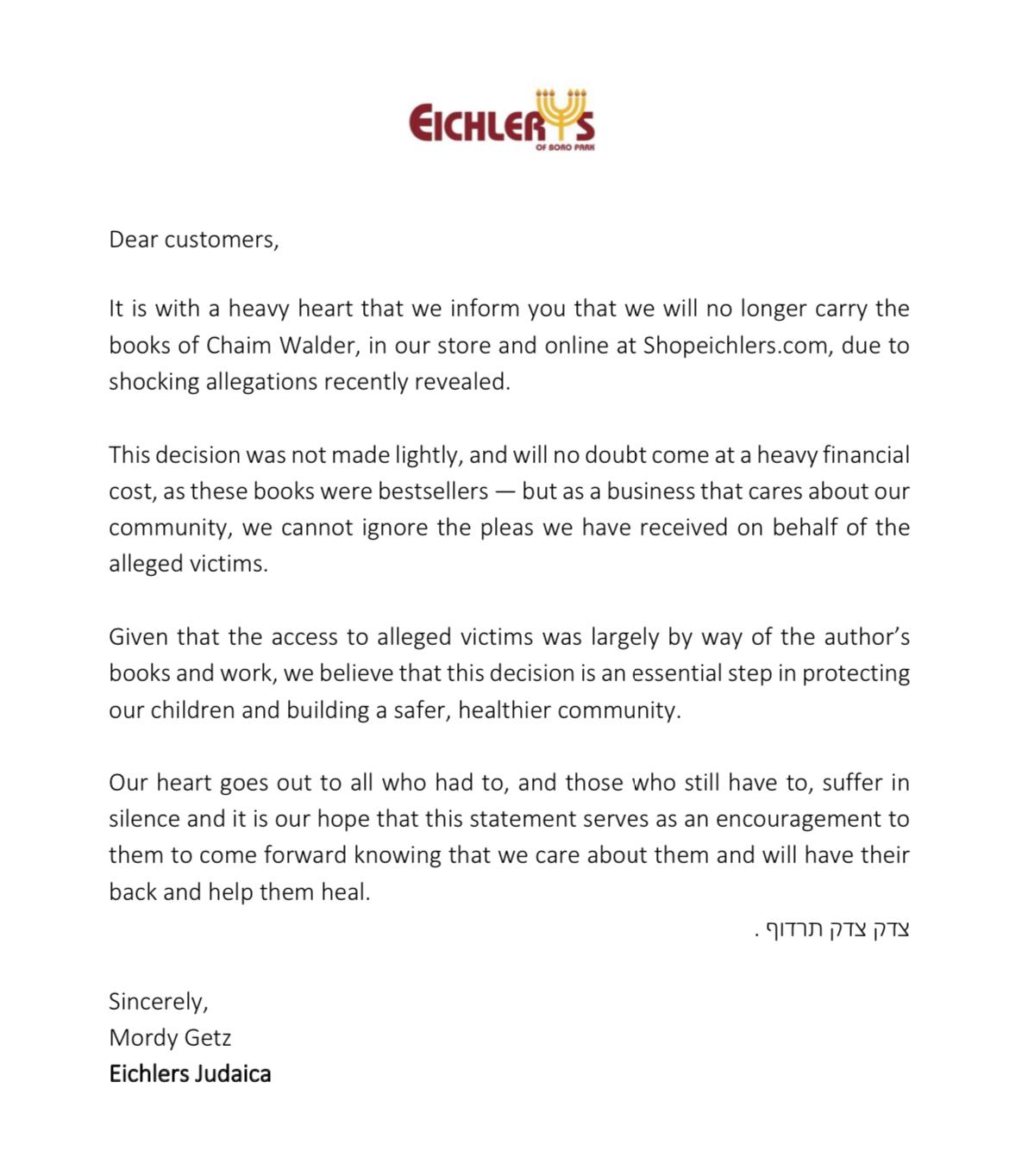 Widely popular Jewish retail chain Eichler has decided to remove the best-selling books of Chaim Walder from its stores.

In a tweet made on Tuesday afternoon, Eichler’s owner Mordy Getz explained the decision is hard for them since the books are selling like hotcakes but they have to do it after allegations surfaced against the author of the wildly popular Kids Speak series, which were widely reported on in the Israeli media.

“The decision was not made lightly,” Getz said.

“Given that the access to alleged victims was largely by way of the author’s books and work, we believe that this decision is an essential step in protecting our children and building a safer, healthier community,” Getz added.

To learn more about the pullout, read the full statement below.