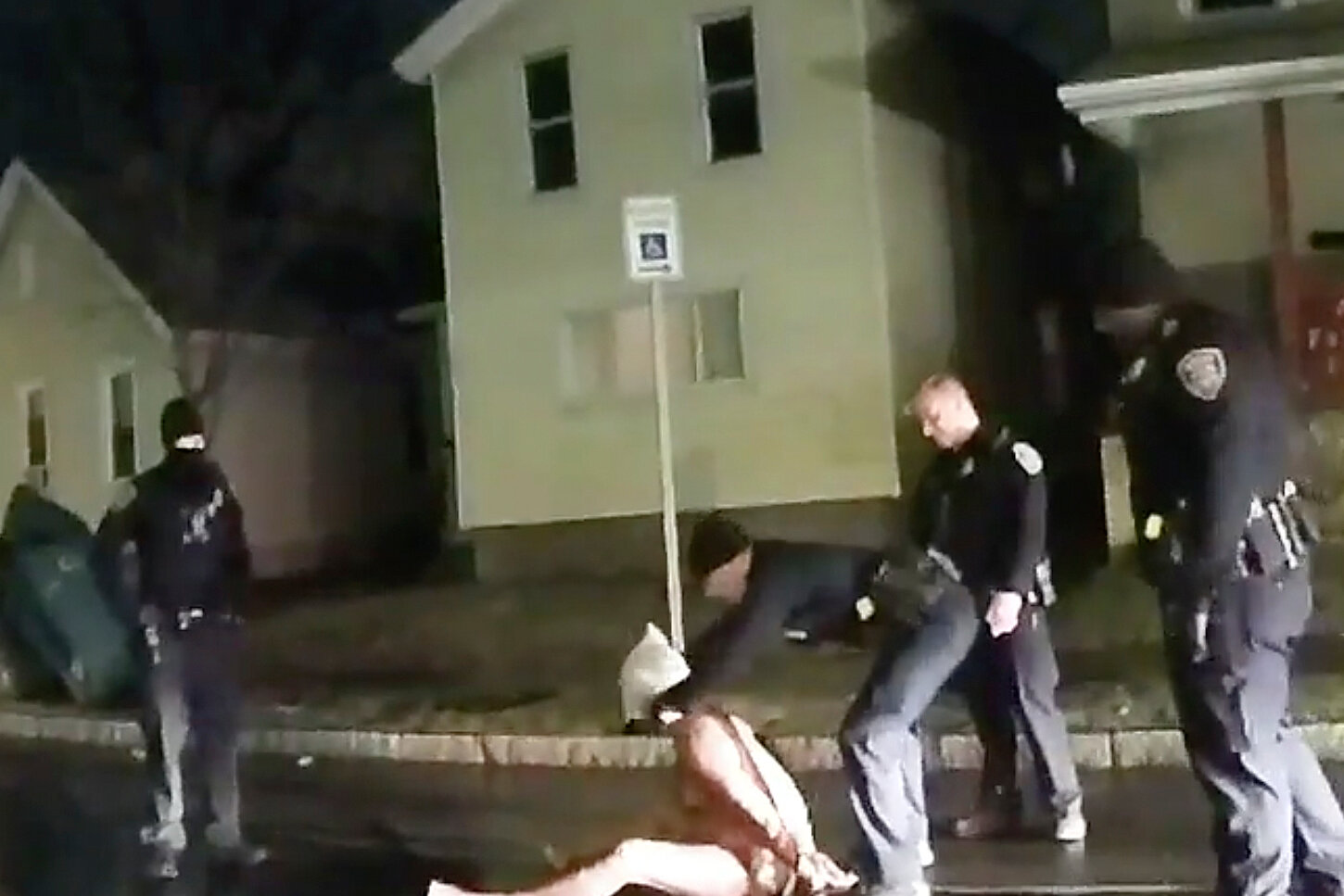 The police killing of Daniel Prude in March has made headlines today, following a gruesome video showing how the police put a hood on the black man and pinned him down to the pavement for two minutes.

In March 2020, another Black man lost his life in an encounter with the police. A cause of death that was declared asphyxiation, the man succumbed to suffocation in Rochester, United States, after a group of police officers put a hood over his head and then pressed his face into the pavement for two minutes, according to video and records released by the man’s family. Daniel Prude took his last breaths on March 30, 2020, after he was taken off life support, seven days after the encounter with police in Rochester, New York state.

On Wednesday, Prude’s family held a news conference and released a police body camera video and written reports they obtained through a public records request, that narrated the horrific incident.

Describing the sequence of events, Prude’s brother, Joe, said he called 911 on March 23 after his sibling, who was visiting from Chicago, ran out of their home in an erratic state. Just the day before, Rochester police had taken Daniel Prude into custody for a mental health evaluation after he reported suicidal thoughts. Joe said, “I placed a phone call for my brother to get help. Not for my brother to get lynched. How did you see him and not directly say, ‘The man is defenseless, buck naked on the ground? He’s cuffed up already. Come on.’ How many more brothers gotta die for society to understand that this needs to stop?”

The video clearly shows Prude, who had taken off his clothes, complying when police ask him to get on the ground and put his hands behind his back. Prude is agitated and shouting as he sits on the pavement in handcuffs for a few moments. “Give me your gun, I need it,” he shouts.

Following this, the officers are seen putting a white “spit hood” over his head, a device intended to protect officers from a detainee’s saliva (New York was in the early days of the coronavirus pandemic at the time).

Upon demanding the removal of the hood, officers slam Prude’s head into the street, while another officer places a knee on his back. As a few minutes pass, Prude is seen laying lifeless, soon after wich paramedics try to revive him at the scene.

The death is now under investigation by the New York State Attorney General’s Office. Following myriad police offenses against the African-American community, Rochester activists on Wednesday demanded that the police involved in Prude’s death be prosecuted on murder charges and that they are removed from the department while the investigation proceeds.