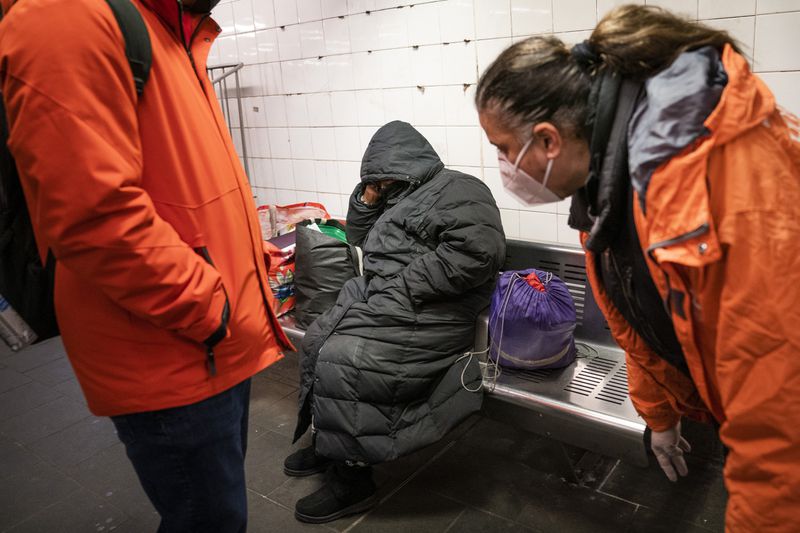 In view of the criticism that the first day the implementation of the crackdown against the homeless on the New York City subway is unimpressive, Big Apple mayor Eric Adams admits getting rid of the homeless in the area cannot be done overnight but will take some time.

“This is a problem that has existed for a long time,” Adams said.

“It’s not going to happen overnight. We have a well-organized plan that we’re going to execute,” Adams added.

Sources said outreach workers were able to engage with 100 homeless people on the first night of a crackdown against sleeping on the subway.

Adams said now that they have a plan, police officers would do more to enforce the Metropolitan Transportation Authority’s rules, including one put in place in 2020 that requires all riders to exit stations when their train reaches the final stop on the line.

Meanwhile, NYPD Transit Chief Jason Wilcox admits the first day of the crackdown is like an “opening night” for a professional sports team.

“We anticipate that this process, this endeavor, will be going every night, seven days a week,” said Wilcox.

“We know that enforcement of the rules and regs really is not the long-term solution to getting them housing. … We’re also deeply committed to enforcing order,” Wilcox added.

Wilcox revealed that the crime surge in the subway began over the last year and has continued since Adams took office.

Based on the latest crime data, NYPD reported 320 major crimes in the subways in 2022 through Feb. 20, a 61% increase from the corresponding period of 2021. Narcotics arrests have also nearly tripled this year, from 58 to 160.

In 2022, Wilcox revealed that the transit police issued 752 summonses for smoking, 409 for drinking, 328 for obstructing seats, and 151 for public urination.

MTA Chairman Janno Lieber, also on Tuesday said he is seeing progress with regards to the crackdown plans of Adams.

“I actually think we’ve started to see change in how the system is policed. I’ve asked for a long time for cops, not more cops, but cops to be on the trains and platforms instead of elsewhere in the stations,” Lieber said.

“When people get on a train, especially if it’s late at night and there aren’t many folks on and they see people engaged in breaking the rules in one way or another, whether it’s smoking or open drug use or just laying down and taking up five seats, they get uncomfortable,” Lieber added.