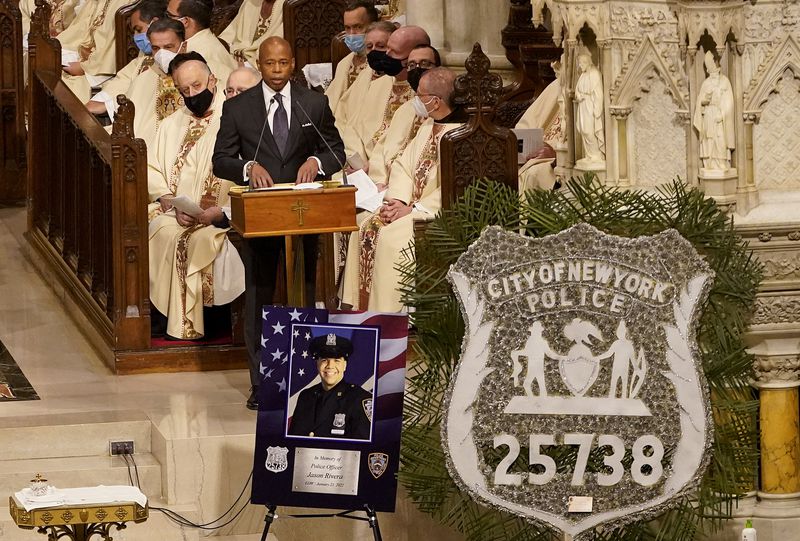 New York City mayor Eric Adams slammed a court in Brooklyn for allowing a teen suspected of shooting another cop to be released on bond Friday.

Adams said New Yorkers should be outraged after the suspect, Camrin Williams, was let go from a Brooklyn juvenile lock-up after posting a $250,000 bond.

Sources said Williams, 16, is an up-and-coming rapper known as C Blu and is accused of shooting Officer Kaseem Penman in the Bronx last week.

“New Yorkers should all be outraged that a repeat offender, accused of shooting at a police officer, is today walking free on bond because judges are precluded from even considering the danger to the community, like every other state and our federal courts,” Adams said.

“It is further proof that our current system is failing us,” Adams added.

In view of the rising criminalities in the Big Apple, Adams has argued that when setting bail, judges need to be given the ability to consider the level of danger a suspect could pose upon release.

Meanwhile, Williams’ attorney Dawn Florio defended the bail granted to her client saying he is also a victim like the police officer.

“My client didn’t shoot a police officer. He never pointed a gun. He never had a gun in his hand,” Florio said.

“Police officers jumped on top of him and that’s how the gun went off and the bullet hit my client in the groin and went out through his thigh and grazed the leg of the police officer,” Florio added.