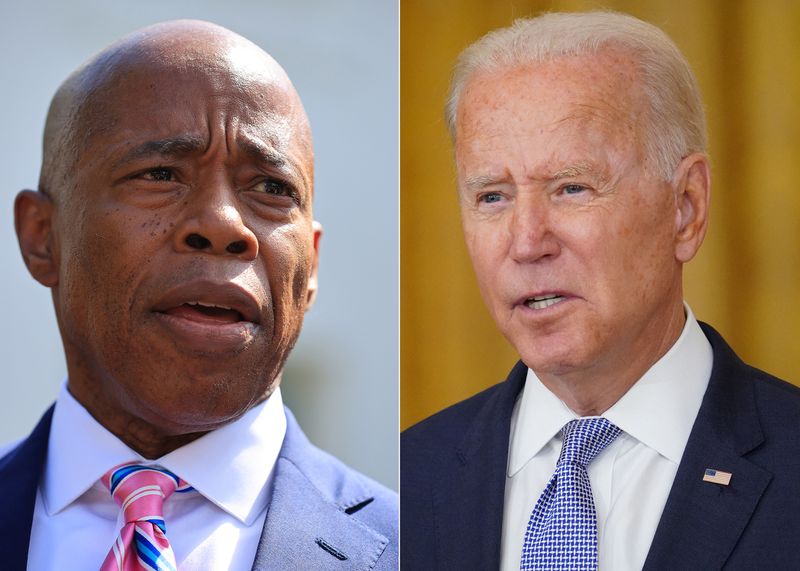 New City mayor Eric Adams might be loaded with work daily but he feels a bit happier and energized this week.

According to reports, Adams is very excited to meet President Joe Biden who is set to visit the Big Apple on Thursday.

Adams is very happy with the visit of the president that he jokingly considers himself as Biden’s ‘favorite mayor’.

“I am the Biden of Brooklyn, and I love the fact that the president is coming here. I’m sure if you were to ask him, ‘Who is his favorite mayor?’ he’d clearly tell you, ‘It’s Eric,’” Adams said.

The Democratic mayor revealed that he and the president immediately hit it off when they met in the wake of his November election.

“We’re just like these blue-collar guys. You know, he is comfortable around everyday people,” Adams said.

“He’s a guy that can bear the weight of the city, but that you don’t mind having a beer with,” Adams added.

He said in their meeting, he and Biden will likely attend a meeting of the city’s joint anti-gun trafficking task force, made up of members of the NYPD, the FBI, the Department of Justice, and the Bureau of Alcohol, Tobacco, Firearms, and Explosives.

Aside from work, Adams also plans to do some private bonding with Biden.

“We’re just going to hang out together,” he said.